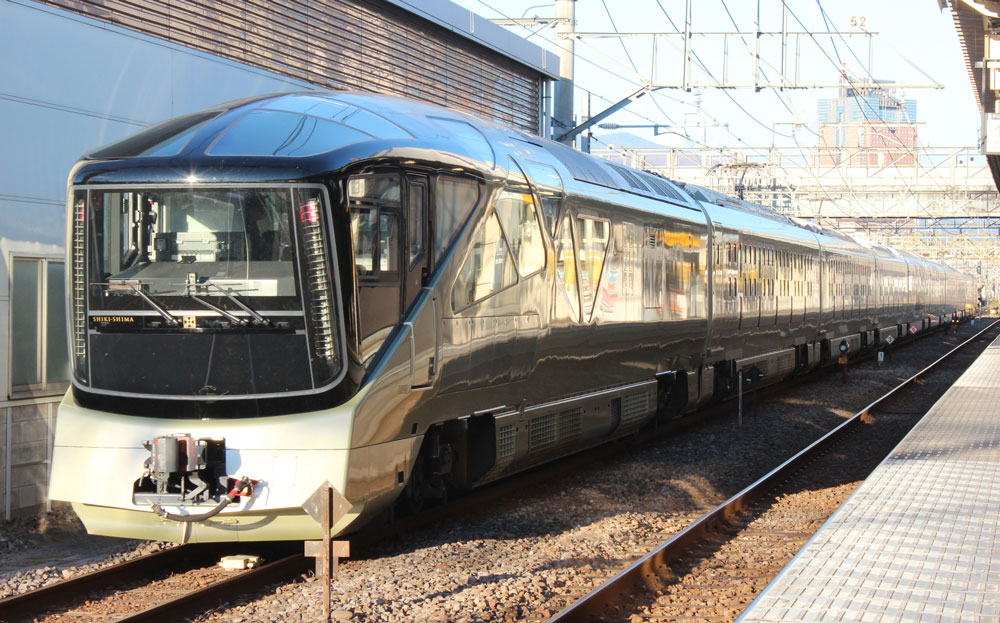 JAPAN—Where tradition meets the future. This was the campaign slogan used by the Japan National Tourism Organization (JNTO) in 2016, and there cannot be a more accurate description of this country. When we think of Japan, we think of the bustling cacophony of flashing lights, noise, and bodies that is Shinjuku Crossing. Of famous tech companies such as Sony, Nintendo, Canon, and Nikon (the list could go on). We think of a country on the forefront of industry and on the edge of tomorrow.

Images of sushi and shrines, samurai and sumo, also jump to the front of our minds. Geisha clad in brightly colored kimono and warriors with long swords and top-knots are as much a part of Japan as is the nostalgic Pokemon Company, the Nintendo Switch, and other similar cutting-edge technology. The country is much like a kimono itself; it is a complex combination of both old and new interwoven with each other and over each other like delicate silk threads. And nowhere is this unique mix of technical innovation and historic tradition seen more evidently than on Japan’s new luxurious Shiki-shima sleeper train.

Before coming to Japan, trains seemed archaic to me, outdated and unneeded. I thought that they were memorabilia from the past that belonged in an old 60s western flick or on the television show, Thomas the Tank Engine. In Japan, however, trains are far from obsolete. In fact, they are the the most common form of transportation in the country; you can get almost anywhere in Japan on a train!

The four main islands (Honshu, Hokkaido, Kyushu and Shikoku) are covered by an extensive and reliable network of railways. Staring at a map of this network, you might think that it looks like a six-month-old baby is trying to knit a scarf ‒ it is a tangled mess of criss-crossing stations and lines that can be hard to follow at first glance. But despite the convoluted nature of any rail map, the Japanese railway system is actually quite efficient, timely, and organized. Famous for its inventive shinkansen (bullet train), a high-speed railway that can travel up to 200 mph (320 km/h), the country once again demonstrates to us that it is a pioneer of new and innovative technology.

The Shiki-shima sleeper train, however, takes this innovation to a whole new and unprecedented level. Operated by the East Japan Railway (JR East), it is being heralded as the most extravagant and opulent train of its kind ‒ possibly the most magnificent in the world. The name Shiki-Shima itself can be translated to mean, “The Island of Four Seasons,” and just as the four seasons encircle the world in a beauty all their own, this sleeper train sets out to encircle its riders in luxury at its finest.

While commercial sleeper trains used to be viewed by their riders as merely an effective and efficient way to get from here to there, “Cruise Trains” such as the Shiki-Shima are reinventing and revolutionizing the once-antiquated idea of overnight sleepers. With a maximum of thirty-four passengers, this new stainless steel, ten-coach train is all about catering to the every need and whim (both real and not yet imagined) of its customers. Passengers can choose between two- and four-day itineraries that will take them across the rolling hills of Japan, starting in the bustling city of Ueno and making stops at scenic locations such as Atsumi Onsen hot spring resort and Matsushima Bay.

The exterior of the Shiki-Shima is a streamlined metallic dream with an air of the futuristic about it. The sixty-eight foot (20.8 meters) long train consists of six sleeping cars, a lounge car, a dining car, and two observation cars located at either end where passengers can sit and enjoy the magnificent terrain of the Japanese countryside. The train itself showcases Japan’s newest rail technology with a hybrid electric and diesel engine that is ultra-modern.

Despite its sleek and contemporary appearance however, the train itself was not built for speed. Traveling at about a third of the speed of the fastest shinkansen trains, the Shiki-Shima focuses on providing a leisurely trip with ample opportunities for enjoying Japan’s beautiful scenery. For this sleeper train, it’s not so much about the destination as it is about the journey.

And what a journey it is! The Shiki-Shima’s interior was designed to rival that of the Armani Hotel in Dubai or the Bellagio in Las Vegas ‒ both of which are listed among the top hotels in the world. With tickets ranging from 2,860 dollars to around 10,000 dollars (at the current exchange rate), JR East has really spared no expense in surrounding its customers with top-notch finery.

It is here, in the interior design, where the influence of traditional Japan shines through. The hallways’ ceiling are crafted into intricate lacquerware latticework in the form of delicate flowers. The grandiose suites are furnished with paper washi-styled lanterns and with tatami flooring, which you can sit on while you quietly enjoy a piping hot cup of green tea. Each room comes with a complimentary cotton robe that mimics the traditional kimono and is complete with a Japanese-styled, handcrafted deluxe bathtub made from cypress wood. The styling is nothing short of exquisite; absolutely no detail has been neglected or overlooked. Each piece of furniture, each door and window, was meticulously designed and chosen to create a post-modern, oriental aesthetic that hinges on harmony and unity.

The overseeing designer, Ken Okuyama, utilized only the best quality materials for the Shiki-Shima in an attempt to exemplify traditional Japanese craftsmanship at its finest. Danielle Demetriou, a writer for the British newspaper, The Daily Telegraph, had the unique opportunity to tour the train before the completion of its maiden journey in late April of this year. She quotes Tasuku Hiramatsu, a deputy manager at JR East, as saying, “The designer wanted to create something totally new for trains that does not exist anywhere else in the world. That was the basis for this concept. The exterior is futuristic, the interior is Japan.”