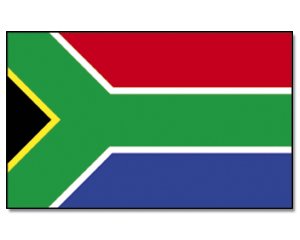 Places to visit in South Africa on Vacation Did you know: South Africa contains some of the oldest archaeological and human fossil sites in the world.

Places to visit in South Africa

The capital city of Cape Town, isn’t the largest city, but still packs a punch when it comes to attractions and things to do, especially if you enjoy the natural world. Cape Town is home to the Two Oceans Aquarium, aptly named as it features marine life from both the near Atlantic Ocean, and the warmer Indian Ocean. If marine life isn’t your thing, get yourself down to World of Birds or Kirstenbosch Gardens to take in the beautiful surroundings, including the natural forest.

Cape Town is also steeped in history and culture, so if you want a break from nature head down towards Green Point Flea Market. The market wonderfully showcases traditional art, music and food. Alternatively, make your way to the Castle of Good Hope that was originally built by the Dutch East India Company 500 years ago.

This is the largest city in South Africa, and is bursting with culture, history and art. There are a number of museums and galleries you can visit here, including the Afronova Art Gallery and the Museum of Military History. If you’re looking for something a little different, why not try the Johannesburg Planetarium or the Department of Historical Papers.

If you enjoy walking, head around the Northern Farm Nature Reserve and take in the views. The reserve is also great for horse riding, bird watchers and mountain biking. Johannesburg also offers some amazing wildlife sanctuaries, including an Owl Sanctuary, Bird and Butterfly Gardens and a Crocodile Farm. Known as the ‘the city of roses’ due to its abundance of these flowers in and around the city. Bloemfontein also holds an annual rose festival to celebrate this, which brings in plenty of visitors. It’s also the home of, Lord of the Rings author, J. R. R. Tolkien and former Orlando Pirates legend Alfred ‘Ace’ Mgedeza.

While the city is poetically known for its roses, it’s also rich in history. The Anglo Boer War Museum and Battlefields tells the story between British Forces and the South African Republic. If you want to know more about the Boer War, you can also visit Fourth Raadsaal and the Emily Hobhouse memorial.

Located on the South African coast, Durban is a premium holiday destination. Like any popular resort, Durban offers a variety of things to do for all ages. This coastal resort is home to a large Indian population, and this is reflected in its festivals and exhibitions. You can also take in the Bangladesh Market, where you’ll find an array of exotic spices on offer.

Durban also provides its visitors a ‘Golden Mile’, which is the name for the collection of golden sand beaches along its coastline. With a number of restaurants along the shore and places for kids to play, it’s ideal to take a walk along. If adventure is more your thing, you can also take part in surfing, fishing and climbing.

You may have heard Port Elizabeth being called ‘the friendly city’, or even ‘the windy city’. But whatever you decide to call it, one thing it has in abundance is beauty. From the beaches, to the surrounding reserves, it’s a great location of sport enthusiasts and nature lovers.

To take in the amazing views, why not head up to Donkin Lighthouse or hike through Van Staden’s Wild Flower Reserve. If you want to see some wildlife, Port Elizabeth has plenty of options available for you. You can drive around Kragga Kamma Game Park, see the Lions and Zebras at Seaview Game and Lion Park, or head down to Bayworld to watch the Dolphins.

If you’re planning to visit any of these places in South Africa, consider using our World Phone to stay in touch with loved ones back home.

« SURVEY: Ever Got Lost on Vacation?

Places to visit in Brazil on Vacation »

2 thoughts on “Places to visit in South Africa on Vacation”