The World’s Most Dangerous Places To Take Selfies

For many people, a trip will not be complete without taking selfies. Even at places where the risk of injury or death is very high, they do not hesitate to whip out their cameras and phones, and pose all smiles to capture their ecstatic faces with the gorgeous views in the background. 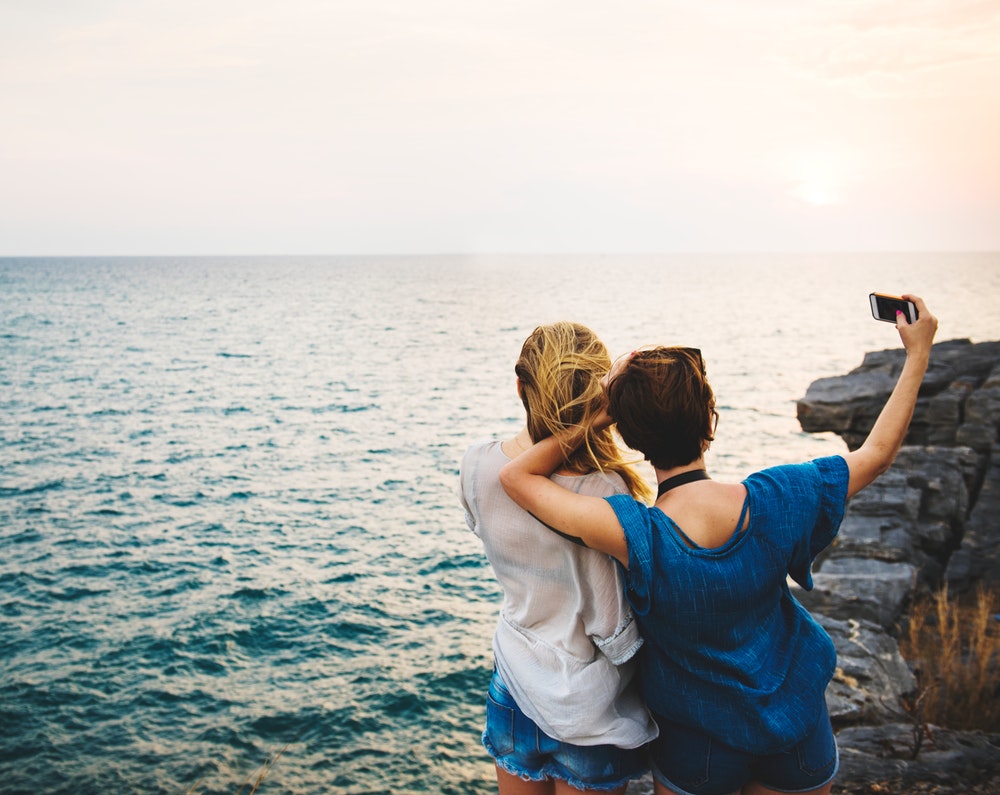 Over the last few years, as the popularity of selfies increased, cases of people hurting themselves or getting killed as they attempt to take selfies at dangerous places have become more common. For some reason, their common sense and good judgment have been overpowered by the thought of how satisfying and pleasurable it is to have something high-risk and death-defying to show off to everyone.

Enumerated below are examples of the most dangerous places in the world to take selfies:

One of the Five Great Mountains of China, Mount Hua is a 2,154-metre tall wonder situated close to Huayin in Shaanxi Province. It is a religious site that houses many temples and other sacred structures built on its foot, peaks, and slopes. It also is world-renowned for being one of the most dangerous hiking trails in the world, with steep and narrow pathways. A section of the hike includes walking on one-metre-wide planks that force you to hug the mountain side, all while over 2,000 metres high off the ground.

Watch this video of one hiker scaling the cliffside plank and taking a selfie. He even unhooked his harness for a few seconds as he walked!

With an area of almost 300 square kilometres, the Plitvice Lakes National Park is Croatia’s largest national Park. Founded in 1949, it includes the mountain ranges that span central Croatia, the Bijela Rijeka and the Crna Rijeka rivers, various rock and land formations, and a diverse and thriving flora and fauna. With over a million visitors each year, it is one of the country’s most popular tourist destinations.

In 2016, the national park asked tourists via Twitter to stop taking dangerous selfies because of the increasing number of casualties. Every year, around 1,200 rescue efforts and at least one death take place in these mountains, according to the Croatian Mountain Rescue Service.

Some of the tragic incidents there include a 54-year-old woman from Slovakia who ignored the safety fence and warnings around the waterfall, went close to the edge to take a selfie, and ended up falling off the cliff and died; and an elderly woman Germany who lost her tourist group, wandered to a high area, fell into the water, and died in the hospital hours later due to sustained injuries.

Hong Kong’s fifth tallest skyscraper, The Centre is a 73-storey building that stands at 346 metres, entirely made of steel, and is situated on Queen’s Road Central. Many adrenaline junkies climb to the top of the tower to not only enjoy 360-degree views of the bustling metropolis, but also take selfies the extreme way.

This video shows a group of three guys about 360-metres high up, in open air, walking only on ledges, with a camera on a selfie stick capturing the magnificent views down below and around.

Built on the mountainsides, the Kishtwar Kailash Highway in India is considered one of the most dangerous places to take selfies. Because of how narrow it is and how sharp its turns are, vehicles drive slowly along it and have a difficult time making turns. It also has no railings, making it much scarier and more terrifying to drive on. And, on rainy days, the ground can get quite slippery and muddy, and the risk of going off the cliff and dropping several hundreds of metres becomes even greater!

Watch this video to see what the road looks like. There is no denying that the views along the drive are some of the most stunning you will ever see, but those might not be enough for a lot of us to put ourselves in such a dangerous situation!

Found in Portugal, Cabo da Roca, or Capre Roca, is the westernmost point of mainland Portugal. It is a part of the Sintra-Cascais Natural Park, and located about 42 kilometres from the capital city, Lisbon. It offers incredible rocky and cliff formations, beautiful sand beaches, and a vast field of thriving vegetation.

In 2014, a couple fell to their deaths while trying to take good shots of the scenery. They, along with their children, who were 5 and 6 years old at the time, hopped over the safety fences, to get closer to the cliff. While the young ones stayed back after being told to not come any closer, the parents approached the edge of the cliff to take pictures, and proceeded to fall to the ravine to their deaths.

These days, more and more train stations all over the world are putting up signs prohibiting selfie sticks and taking selfies on train platforms and tracks due to an increase in the number of selfie-related injuries and deaths.

In February of 2018, a 28-year-old woman in Thailand got hit by an incoming train and died. She was trying to take a selfie with a departing train in the background at the Samsen train station, and did not notice that there was another train approaching. It hit her, dragged her along the tracks, severed one of her legs, and took her to her death.

In 2017, two teenagers in Delhi were hit by a train while they were taking selfies on the railway tracks. According to reports, they saw a train approaching and tried to move out of the way. However, there was another train coming towards them from the other side, and they did not have enough time to get out of there. They were trapped in between the two trains, and got hit by one of them.

« Top Things To Do In Europe For Free

The Safest Countries To Visit For Tourists »