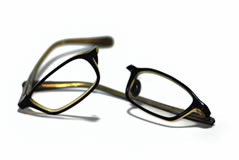 Even in China they knew what that meant. Very handy when things break. Bring a pair of broken glasses into a optomitrist is Nepal and show them and say “kaput.” They’ll realize they’re broken and you need help.

I agree with Einstein that the most expressive word in German is “damit” (“with it”), but their various words related to travel and direction are just as good–e.g., Italiano for “Just like mother used to make!” Always makes the waiter or waitress smile. German for “cell phone.” It just makes so much sense! My favorite phrase was “je ne parle pas francais” or “I don’t speak French”. It got me through France in the bad old days of the 60′s, when all of the French could speak english, but would not. But even my “je ne parl” showed them that I was making some effort to speak in their language. Melted the ice. I love to go to the post office in Italy so I can buy some francobolli (stamps), my favorite Italian word! “Je ne sais pas.” (French for ‘I don’t know’) My daughter and I have shortened it to “pah”, to go along with our shortening of Louisville to “Luh” and New Orleans to “Nuh”. The fact that my wife rolls her eyes whenever either of us does any the above adds to the pleasure.

(I speak a little very bad French.) Always got them laughing and speaking English. In Greek it means “we are being tortured”!

Pronto means hello when you answer the phone in Italy.

“Drempel” a Dutch word (pronounced like “Dremel” with a p) such a pretty word for a bump in the road. Note, Dremel is an electric screwdriver. I love saying “fauteil” which means armchair in French. It is a hard word to work into the conversation, so I was excited on my last trip to France when I got an opportunity to say “fauteil” in a normal context. I have loved this word since learning it in junior High French class. “Ti kabicha”–pronounced tee cab ee sha–is a nap or snooze in Haitian Creole. The combination of the sound of the words plus the meaning amuses me. Who knows why….

My husband and I had dinner one night on a cruise ship with the Norwegian captain. He described a philosophy of “dugnad” (doog-nod) meaning “voluntary community service, or the cultural standard of giving something of your time and talents to the greater good” in Norway. I found the word pleasing to say, and the meaning equally satisfying.

Got an interesting word or phrase? Add it as a comment below…

« Do you pay attention to government travel warnings?