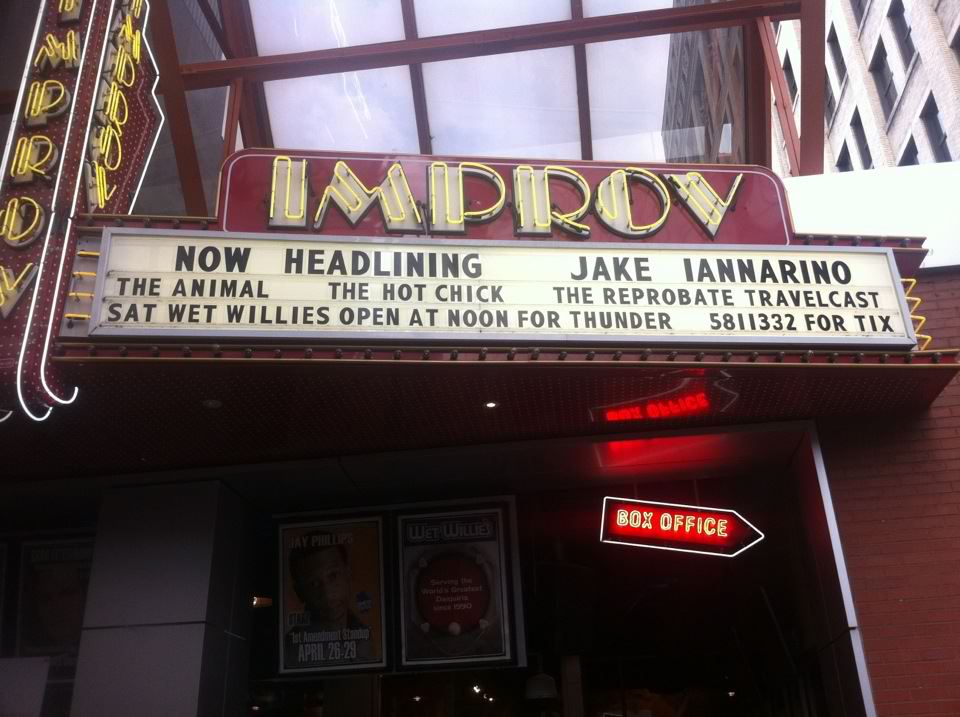 Please note that these travel adventures have been told by Jake, from his own personal experiences. This story does contain language, which some of you may find offensive. A month ago I was working as a stand up comedian. I was headlining the Improv Comedy Club in Tampa Florida. I had so much fun I didn’t want to leave. A week or two later I found myself winning a poker tournament and hitting slot machines for hundreds of dollars. That paid for my trip to Las Vegas. I was having so much fun I wanted to stay forever (or at least as long as I was winning). This month I find myself in Los Angeles California writing for a new television show for a major cable channel. I’m having so much fun, I don’t think I’ll ever want to leave.

Starting to see the pattern?

Wherever I go I have the time of my life. Whether I am playing guitar with a street band for pocket change, or rocking the stage at the Montreal Comedy Festival, my life is one big adventure. Sure, things don’t always go this smoothly and I don’t ALWAYS run this hot.

Sometimes these great adventures even come with a little rotten luck. Like the time I accidentally ate one of the hottest peppers on EARTH in Southeast Asia with not a bottle of water in sight. My lips were chapped for a week. And that wasn’t the worst of it. The worst of it came over the next couple days. In Thailand. Lesson learned. Then there was the time I got drunk in Ohio and ended up in a fistfight with a belligerent mailbox and the damn mailbox WON.

But I never let these things get me down. I always have FUN. Even when things go wrong, I find a way to turn it into a win. If all these years of travel have taught me one thing it’s that a trip is exactly what you make of it. If you go in expecting to have a horrible time, you won’t let yourself down. You’ll find a way to make it miserable. If you go in with the intention of making it an adventure where you will meet cool people and come back with new stories about far off places, you will get just that. It’s all in your attitude.

This brings me to today’s story: My plane landed in Bangkok, Thailand and I needed a shower. BAD. It didn’t help that the minute you get off the plane you are completely covered in sweat, and you stay that way until the minute you leave for home. It is HOT in Bangkok. Ball stuck to the leg hot. My dear friend, John Wilson, was waiting for me at the airport. He found us a taxicab where the driver not only didn’t mind us lighting up a joint in the back seat, but was happy to take the occasional hit now and then (completely ignoring the traffic signals as he zipped down the road stoned). He was going well over the speed limit and did not seem to give a half a damn about stop signs.

When we got to our “motel” (i use this word loosely) I noticed a sign on our doors warning us of the she-male hooker that seems to be robbing all of the motel customers. Nice place. Pffft. But for 8 US dollars a night and virtually every other motel on Koh San Road sold out, it looked like this is where we would stay.

I was so tired from flying from Columbus, Ohio to Chicago, from Chicago to Tokyo, and from Tokyo to Bangkok that I THOUGHT I would just want to sleep. But for reasons know only to the Gods of racked nerves, too much pot, a slight case of dysentery, and insomnia, I was suddenly energized! I was ready for a night in BANGKOK! I was ready for ADVENTURE! I was ready to GET THE HELL out of this disgusting motel room.

John and I went downstairs and explored the legendary Koh San Road. We found a nice bar full of Europeans and sat and enjoyed a couple of local beers. That’s when he gave me even more bad news.

“Dude, we like… have to leave town first thing in the morning.” He said.

“Well, there is like a civil war they expect to break out and we might be safer somewhere else.”

” Don’t worry, I’ve got us two tickets on the first bus out tomorrow. We will go to Cambodia for safety”

I am pretty sure that in the history of the planet there have been billions upon billions of different phrases spewed from different mouths all over the world in hundred–if not thousands–of languages. But John Wilson was the first to say the phrase “We’ll go to Cambodia… for SAFETY.”

Cambodia is the home to many of the deadliest snakes and insects on the entire planet. It is also the home of the worst possible healthcare imaginable, so if you DO get biten by something deadly, kiss your ass good bye. It is also where lowlifes, paedophiles, and murderers who are hiding from the authorities from the country in which they committed their horrifying crimes. I was in for one HELL of a ride. I was SURE to find trouble in Cambodia. Especially hanging out with crazy John Wilson (who once tried to fight an entire Australian Rugby team because he “doesn’t take s*** from anybody.”)

And we DID have and amazing adventure in Cambodia, but THAT is another story. Stay tuned.

« Will the Verizon iPhone 5 be a True World Phone?