Contact Us | Support | MyAccount | Our Story | Our Vision | 中文

Pay As You Use Whenever You Travel

Works In Over 190 Countries

No Ongoing Fees Ever!

A TALE OF THREE TAILORS! 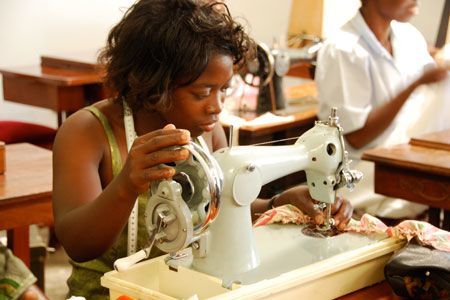 Buy a Brick or Two! 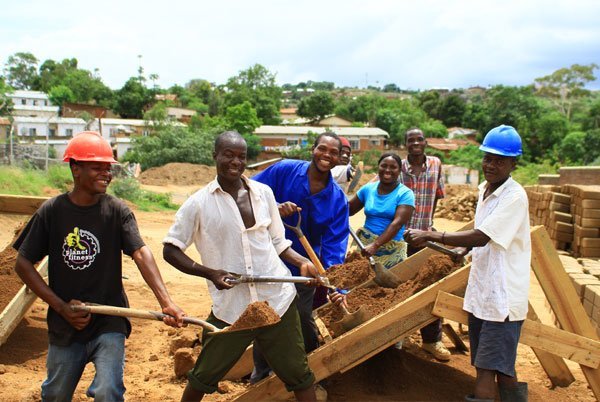 A TALE OF THREE TAILORS

Growing from willing volunteers to becoming professional tailoring trainers, Rachael, Loyce and Khataza are great examples of the personal transformation that is being achieved at the Beehive Centre for Social Enterprise.

These smartly dressed and eloquent young women met at St. James Catholic Church, in Chilomoni. Now, Rachael Madanitsa, 45; Loyce Masuku, 44; and Khataza Kabowa, 32, are all married with young families, and they rely on the new income they earn.

Their journey began in July 2007, when they volunteered at the church, along with other local unemployed women, to learn how to sew informally. “We started sewing with needles. By then, we had no machines,” Loyce says. “But in October, almost 200 sewing machines were donated by the Krizevac Project. After six months, we each received an electric sewing machine, which we have at home.”

“Some of the women stayed at home sewing, but others came back to learn more,” Khataza says. “After one year, we had a certificate in tailoring and designing.”

Rachael adds, “In 2009, after six more months of training, we had a Diploma in Tailoring and Design.” “We were the best students,” Khataza says, beaming, and the other two women nod, smiling.

'At first we were volunteers, just receiving a free meal. Now we are training almost sixty students,' Rachael says proudly. 'My specialist subject is designing and cutting.'

Loyce says, “I am best at technology. I go first and teach the theory, and then Khataza teaches the practical.”

“Thanks to Beehive, I can help my husband pay the bills at home, which at first I was unable to do. His friends used to ask him why he didn't send me to the city to do a proper job. Now he is so proud of me,” Rachael says.

“At first when we were volunteers, people were laughing at us, because we were coming here without being paid,” Rachael remembers. “Now they come here to learn from us,” Khataza says, grinning. “They say, ‘Look, you are employed now.’”

“There is something good that has happened here,” Loyce says, smiling. “Beehive has changed our lives.” 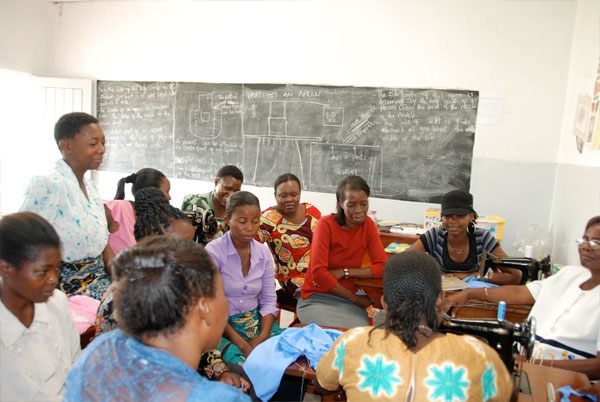 Who would have believed that a world-class geotechnical engineering expert would volunteer to drop everything to come and help in Malawi? No one could have imagined that, minutes after the start of our recent appeal for specialist construction support, someone with an Oxford doctorate and with 30 years of incredible experience (including involvement in the Millennium Bridge and Channel Tunnel) would come forward. And best of all, he's a Malawian! Dr. Zedi Niyrenda contacted the Krizevac Project after he saw the commercials for volunteers. Sentinel Engineering, Tunbridge Wells, kindly organized this advertising.

Zedi wasted no time at all and immediately plunged into conducting soil and strength tests on our hydra-form bricks. He quickly discovered that they are stronger than traditional bricks, they save time and money, and, importantly, no trees are felled to burn these bricks. Malawi has a terrible deforestation problem. Best of all, Zedi has recruited a local team to design and construct the children's center, technical school and enterprise buildings.

Remarkably, nearly 30 additional engineers responded to the appeal, and volunteer placements are being organized. As a result, we will have expert engineering support throughout all of the prospective building work, ensuring donations are well used on buildings that will last.

A huge thanks to Dr. Zedi Niyrenda and to Sentinel Engineering, who helped by providing – free of charge! – all of the advertising for volunteers. Buy a Brick or Two!

It would have been easier to contract a company to sort out the construction that is now underway, but the Krizevac team is building a number of new enterprises along the way. Chimembe, a desperately poor rural area, now has a brickyard where 20 employees create special bricks that are then sold back to Beehive.

Jonathan Mapamba oversees the brick-making yard, making sure that each brick is of good enough quality to create buildings that will permanently transform Chilomoni.

Jonathan started at Beehive as a BeeBikes mechanic, but he quickly proved that he could manage this much bigger operation. Planning permission for our huge technical training college has just been granted, and a local architect is busy designing the children’s center. Each building will need millions of the new hydra-form bricks, meaning Chimembe will have plenty of work. Of course, taking soil from the ground to make all these bricks leaves big holes in the ground, and so Krizevac is planning to help the village turn the holes into fish farms that will benefit this hard-working community for many years.

Today, every call made from a Mobal phone helps the neediest individuals in Malawi. Buy a World Phone today and help us continue moving forward.