Japan’s Autumn Foliage May Arrive Later Than Usual This Year

Are you thinking of visiting Japan in autumn? Do you want to know where to go to get the best views of the stunning autumn foliage?

The autumn season is one of the best times to go to Japan. It typically runs from September through November, depending on the region and the weather.

Usually, the best time to view autumn foliage in the popular tourist route of Tokyo, Kyoto, and Osaka is late November. During this period, daily temperatures are usually around 9 to 17 degrees Celsius.

In the Mt. Fuji area, Hakone, and Kawaguchiko, peak colors typically arrive in the first couple of weeks in November, while up north, in the Tohoku region, the leaves start to change colors one week into November. 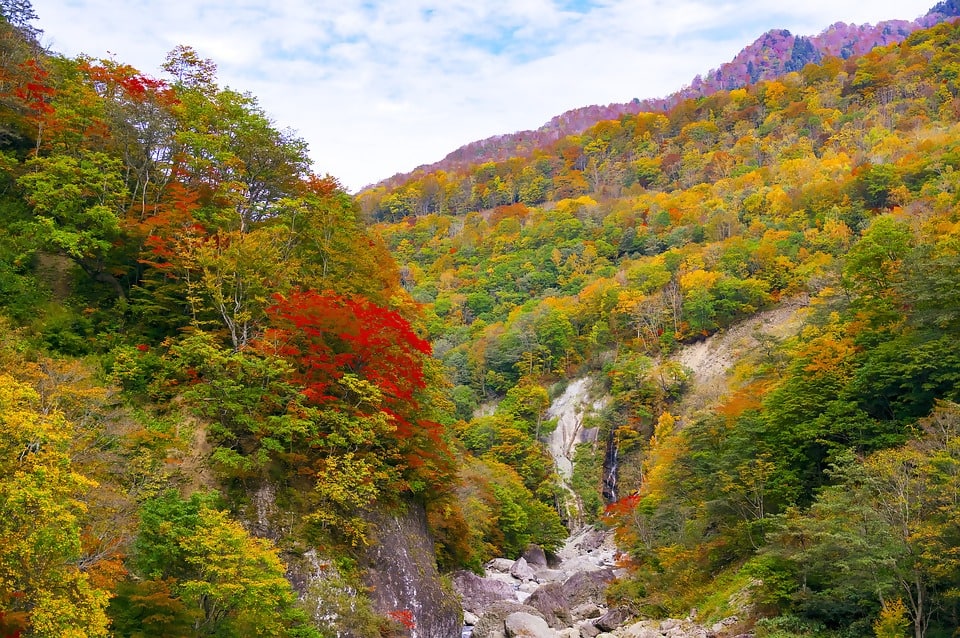 Meanwhile, on Japan’s northernmost island of Hokkaido, autumn foliage kicks in several weeks earlier. At the Daisetsuzan National Park, for example, the mountainsides get completely covered with bright hues of red, yellow, and orange as early as the 3rd week of September. And, on Japan’s southernmost island of Kyushu, peak autumn foliage arrives around early November and ends before the start of December.

Autumn Foliage In Japan In 2019

This year, because the hot and humid days of the summer season seem to not be ready to end yet, meteorologists say that peak foliage may arrive later than usual.

The Japan Meteorological Corp. released their first autumn forecast for 2019, saying that the earliest time for foliage to begin may be delayed, as temperatures in September and October may still be too hot for color change to occur. They explained that the scorching hot weather may reduce the intensity of the yellow, red, and orange colors of the leaves.

The table below provides the 2019 peak foliage dates forecast in some major Japanese tourist cities:

Visit the official website of the Japan Meteorological Corp. for more autumn leaves 2019 forecast and information.

To enjoy the incredible autumn scenery of Japan, you should check out the following highly rated autumn viewing spots:

To get the most out of your trip to Japan we recommend having 24/7 internet access. With internet access, you can use a variety of apps for directions and navigation, translation, communication with friends and family back home, video and music streaming, and other services.

There are different options when it comes to getting internet access in Japan. For convenience and flexibility you can:

You can choose any of these options when you purchase a SIM card through this link on our website.

What are the best mobile apps to download for your Japan trip?

Want regular updates and tips about life in Japan? Sign up for our free newsletter here!

« Typhoon Hagibis: How to Prepare and What Precautions to Take

A Thank You From Malawi »