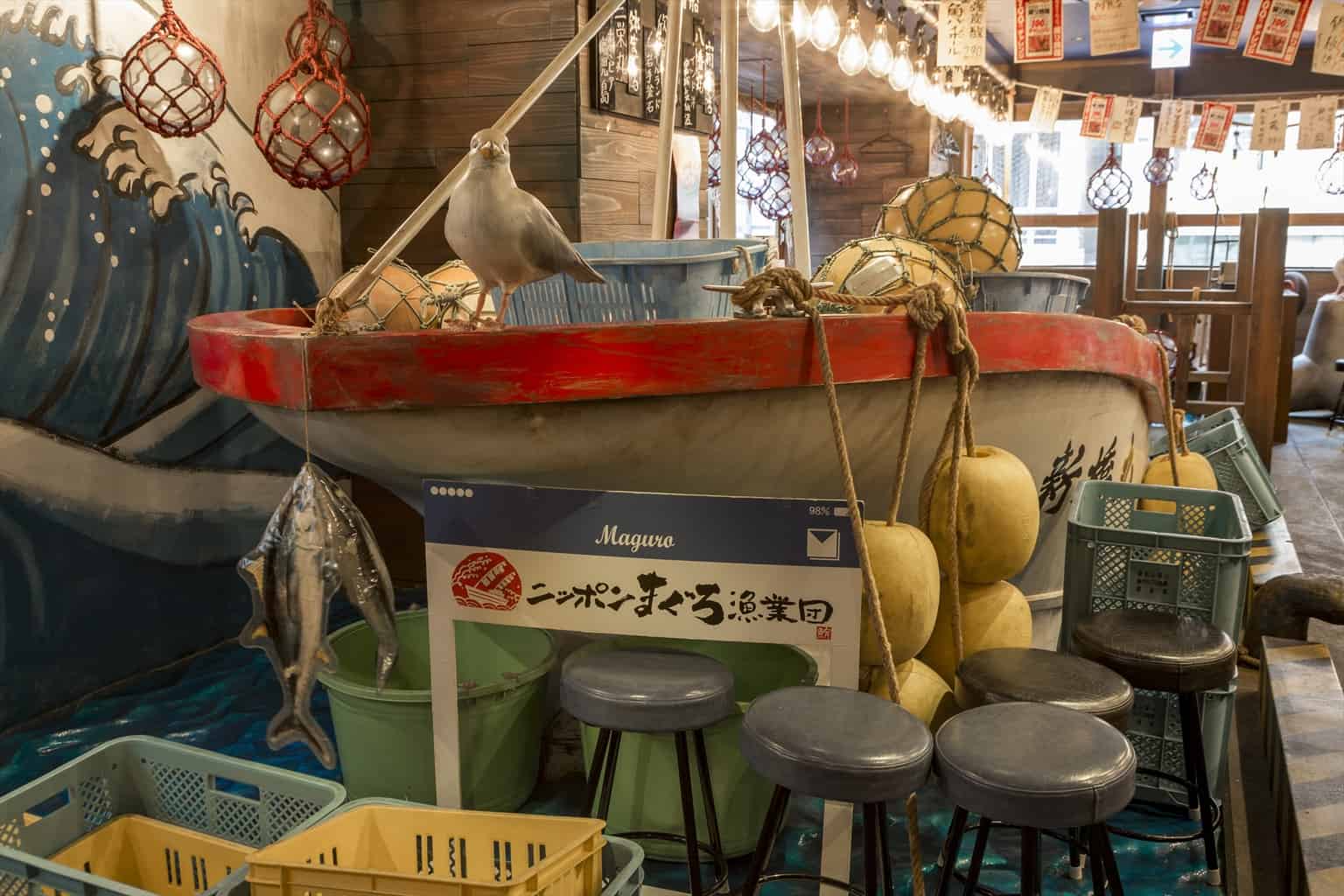 Japan is the world’s biggest consumer of tuna. Japan is also the home of the self-professed “Tuna King”. He paid a king’s ransom (over 3 million dollars!) for a tuna at the 2019 New Year fish auction. We can’t all be Tuna Kings. We can all however eat tuna royally for a princely sum- if we know where to go! You simply need to find one of four Tokyo-based tuna-themed Japanese bars. If that sounds fishy then you need to investigate further…to learn more about how you can become Japan’s undisputed Tuna King!

Yup- Japan’s got a themed restaurant for everything! How’s about spending an evening of wining & dining in the ambience of a Japanese fishing village? That’s exactly what’s on offer at the Nippon Maguro Gyogyodan. If you think that’s a mouthful try to read the shop sign (see above)! 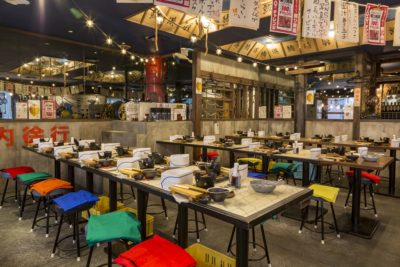 What’s on the menu?

Fish & Chips? Yup. Fried Meat cakes? All from tuna. There are tuna dishes of every shape & size. Why not try a deep-fried cutlet of tuna? Crispy on the outside but raw in the middle. For wannabe challengers to the crown there’s even an option to pile as much tuna pieces on your plate for only 100 yen (that’s 1 dollar!). Note: only available all day at weekends or until 7pm on weekdays.

There’s even a shareable large slice of southern tuna that can be gobbled up as fresh sashimi for 1,890 yen. A real treat for tuna lovers. It’s also an amazing place to sit and enjoy a selection of tuna sashimi pieces (6 for 1,290 yen) or get a plate of tuna yakiniku (which you fry on a hot plate with assorted sauces to flavour)- yum!

Beyond Meat Without Feet

You’re not limited to only tuna. Before we reach the drinks menu we’ve got to clarify that the Tuna Fisherman’s Co-op is Japan’s latest twist on an Izakaya and has absolutely everything else you’d expect of a Japanese bar. Sausages, Soy Beans and Steak (the beef variety) all appear on the menu. Clams steamed in Japanese sake & ham as well as  potato deep-fried cutlets appear along with the ever-reliable dish of yakitori. But where’s there’s fish there’s water. Where there’s water there is alcohol. Just like fish die in shallow water a deep Japanese Izakaya experience also requires a copious amount of liquid to be consumed. We know you won’t let us down.

If you drink what a fish drinks! The Tuna Co-op bars offer plenty of options in this regard; water with rice, water with barley, etc, etc. For small groups (minimum 4 pax) there’s even a drink-as-much-as-you-like option starting with 5 dishes for 2,980 yen per person tax inclusive. Check out the official website here or use our handy location guide below. With Mobal by your side you won’t feel like a fish out of water in Japan! Have fun! 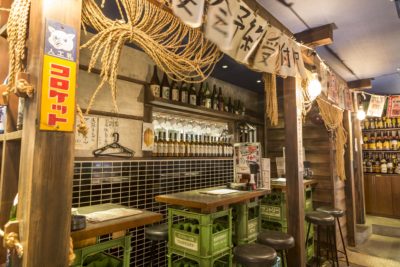 « School Meals in Malawi- and Japan!