Visiting Tokyo Disneyland: What You Need to Know 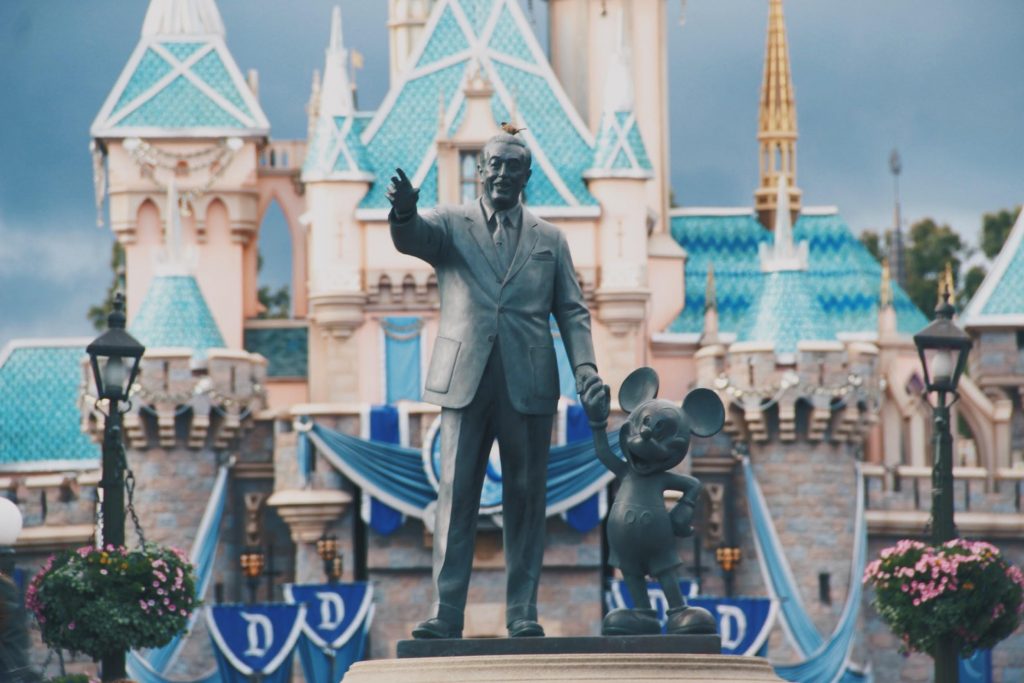 There is something magical about the “The Happiest Place On Earth.” It’s hard not to feel the giddiness of childhood reemerge when you walk through those famous park gates and enter into the House of Mouse. Tunes such as “It’s a Small World After All” and “Whistle While You Work” blare happily through the lively streets, and the “World Bazaar,” as Main Street is called at Tokyo Disneyland, is a page right out of a colorful children’s book. Just being there puts a pep in your step and a lightness to your heart that is unlike much else.

How to Get There

Traveling around a new country might appear intimidating at first, but don’t be too alarmed. The trip to Tokyo Disneyland is not a very difficult one. The best and easiest way I have found is to go by train. From Tokyo Station, you can take the JR Keiyo Line or the JR Musashino Line, which will take about 15 minutes.  The station you want to get off at is called Maihama, and you should go out the South Exit. The exact address of the Park is 1-1 Maihama, Urayasu, Chiba Prefecture 279-0031, which is clearly marked on Google Maps.

Google Maps is a great tool for getting around Tokyo or any other part of Japan for that matter. If you look up directions to a specific location, it has a “go by train” option that will show you the train times and cost. You’ll know that you are headed in the right direction because the closer you get to your destination, the more people you will see dressed up in Minnie Mouse t-shirts and the signature Mickey Mouse ears. Additionally, the Tokyo Disney Resort website offers clear, detailed explanations on how to get there from various popular locations, such as Shinjuku Station or Narita Airport. All of these instructions are in English. The website also details other access options, such as bus or car, in case taking the train appears too daunting or impractical. This information can be found here: http://www.tokyodisneyresort.jp/en/access/.

When you hit Maihama Station, you will have made it to Tokyo Disney Resort’s front door. Upon disembarking the train, you’ll see a huge red and black archway covered in Mickey Mouse silhouettes. It’s impossible to miss. From there, all you have to do is follow the crowd.

Disneyland, especially of the Tokyo variety, is well known for its big crowds and impossibly long lines. A Tokyo native once told me that when he visited, he had to wait almost two hours for each ride! Due to the sheer popularity of this tourist spot, advance planning will be required if you want to get the most out of your visit. The most important part to plan is the when. There are good days to visit, where wait times are low and bad days to visit, where you’ll have to wait a half hour just to use the bathroom.

So, which days are the best? Well, for starters, you should avoid weekends and holidays (a list of all Japanese holidays can be found here http://www.japan-guide.com/e/e2062.html).

Try to shoot for some time near the beginning of the week, like a Monday or a Tuesday, because everyone will be at school or work. The Park opens at eight in the morning and the earlier you arrive, the less busy it will be. Peak times are from 12 o’clock to 3 pm, so if you don’t want to be completely overwhelmed by the crowds when you first get there, try to time your arrival around those hours. It’s best to avoid going the during the first week of January (New Year Holiday) or the around the end of April and the beginning of May (Golden Week) due to the fact that these are the largest holidays in Japan.

A funny thing that I noticed when I went to Tokyo Disneyland myself was that many of the Japanese visitors dressed all matchy-matchy. If there was a group of young girls, odds were that they would all be wearing the exact same thing. And when I say “exact,” I mean EXACT. They wouldn’t just be wearing the same shirt – but their hair, earrings, shoes, hair accessories, everything – would be the same.

I asked one of my Japanese friends about this afterward. Her answer? It’s just something that you do when you go to Disney. She explained that half the fun of the trip was planning what she and her friends were going to wear together. She was surprised that we don’t do something similar in the States.

This Japanese phenomenon is called osoroi code (おそろいコーデ), or matching outfits, and is especially popular among young people. Friends, families, or couples will dress exactly the same to show their affection toward one another. Some reasons behind the popularity of osoroi code are that it makes those involved feel more connected and strengthens the friendship. Another reason is how much cuter you and your squad will look in your Instagram selfies.

So, if you are planning a trip to Tokyo Disneyland, don’t be afraid to pull out those matching Christmas sweaters that your parents bought you a few years ago – the ones you vowed never to wear again – and take to the streets. It might be a bit embarrassing, but I assure you, there will be plenty of other people doing the same thing. It will help you experience Japanese culture in a new way and will heighten the magic during your time at Disney.

There are a lot of rides at Tokyo Disneyland that you will no doubt be familiar with if you’ve frequented a Disney park before. Splash Mountain, Pirates of the Caribbean, The Haunted Mansion — they’re all there. But there are two rides that are unique to Japan that you won’t find anywhere else. Those rides are Monsters, Inc. Ride & Go Seek! and Pooh’s Hunny Hunt.

These two attractions are some of the most popular non-roller coaster rides in the Park and if you don’t want to wait very long, try and hit them up first and save Space Mountain for later. At rope drop, grab a FastPass for Monster’s Inc and then make your way over to Pooh’s Hunny Hunt and get into the standby line before too many people queue up. Remember, you can always catch the iconic rides back in the States. 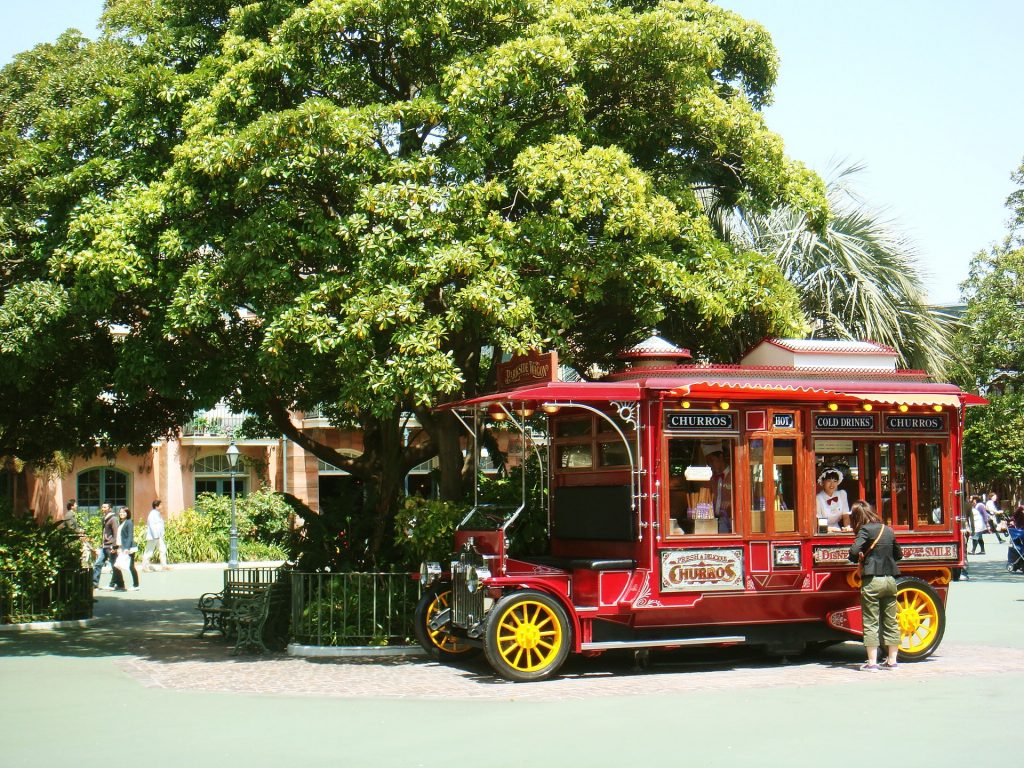 No other Disney Resort takes its popcorn quite as seriously as Tokyo does. There are many different flavors to try, from the traditional to the more unique. Some of the flavors include honey, caramel, curry, chocolate, strawberry, soy sauce, and butter. There are also other seasonal flavors available depending on when you choose to go, so be sure to keep your eyes open for those wagons! There are Popcorn Maps available at the park entrance which detail the locations of all the popcorn carts for those who are particularly interested in trying out all the flavors.

You will most likely notice people walking around with large containers hanging from their necks. These are popcorn buckets and they are a big deal. If you get only one souvenir from your trip, I would suggest buying one of these. You can buy them at the popcorn carts for around ¥1,600 and they can be refilled for ¥520.

If you’ve been to Tokyo Disneyland before, feel free to bring your previously purchased buckets for refills. However, people tend to buy new ones every time they visit because there are seasonal designs that come out every year. Many buckets are styled after famous Disney characters such as R2-D2, Mr. Potato Head, or Olaf. Be sure to collect them all!

How To Use Chopsticks »