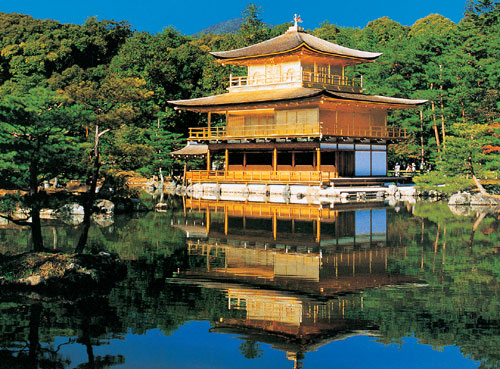 Places to Visit in Japan on Vacation

Did you know: According to both UN and WHO estimates, Japan has the longest life expectancy of any country in the world.

Places to visit in Japan There is something quintessentially Japanese about getting naked for a soak with strangers. In fact, the Japanese have been using communal onsen, or natural hot spring waters, to relax and heal for centuries—the earliest mention dating back 1,300 years to bathers in Dogo, Shikoku.

Dogo is still one of the country’s most renowned onsen resorts. The grand, three-storey Dogo Onsen Honkan at the center of the resort is a 19th-century architectural gem complete with a bathing room (albeit unused nowadays) set aside for the imperial family.

Not that you need venture to Dogo for a good soak—there are thousands of public baths and ryokan with onsen across the country, all worth stripping off for. Japan’s capital from 794 to 1868, Kyoto is bathed in history. The most iconic remnant of the city’s imperial past is the outrageously gilded Kinkakuji, once a shogun’s retirement villa and now a Zen Buddhist temple. Perched on the bank of a serene pond, Kinkakuji casts a famed golden reflection in the water. Just as captivating are Kyoto’s less ostentatious sites, such as the minimalist and cryptic dry landscape garden at Ryoanji.

In all, Kyoto boasts 17 World Heritage sites (Kinkakuji and Ryoanji included), but with some 2,000 temples and shrines across the city, not to mention numerous gardens, they represent a fraction of Kyoto’s alluring heritage. Mount Koya has been a place of pilgrimage since the monk Kobo Daishi was inspired to found the Shingon school of Buddhism amid its ancient cedars in the ninth century. Among the highlights of a visit—besides wandering the eerie, almost primeval Okunoin cemetery and the multitude of temples built in Daishi’s honor—is the opportunity to stay with the monks at one of Koya’s mountaintop temples.

Eko-in is one of nearly 50 such places open to guests, and it offers a typical Koya experience—a Spartan and tranquil tatami-mat room, a multi-course vegetarian dinner exquisitely presented on lacquerware, and the chance to join the monks and pilgrims for early morning prayers.

With three major galleries and many smaller art venues, picturesque Naoshima in the Seto Inland Sea is a standout on Japan’s contemporary art scene. The best of the galleries is the Tadao Ando-designed Benesse House, a sleek hotel and gallery that hosts work by artists such as David Hockney, Bruce Nauman, and Frank Stella.

But art isn’t restricted to conventional spaces on Naoshima. Nineteen dazzling outdoor installations dot Benesse’s beachfront grounds, while in the laidback fishing village of Honmura, several of the old wooden buildings have been transformed into permanent art installations. Even the island’s I Love Yu public baths have had a pop-art makeover. Naoshima has been dubbed “Art Island” for good reason.

Shinkansen, or the Bullet Train as it is better known Worldwide, is a must. The Tōkaidō Shinkansen is the world’s busiest high-speed rail line. Carrying over 150 million passengers a year. To date, it has transported more passengers, over 4 billion and over 6 billion for the whole network, than any other high speed line in the world.

Inside the bullet train, it feels like you are on a jet. There are however some great differences: you get much more leg room; the seats recline more; there isn’t so much noise from the outside. This small ski resort town in Hokkaido boasts the finest powder in the country and three major ski resorts to match: Niseko Village, Niseko Annupuri, and the Grand Hirafu/Hanazono.

Away from the resorts, the allure is prime backcountry powder and ample opportunities for ice climbing, telemark skiing, and boarding through virgin snow. It’s not bad in summer either, when winter activities give way to summer favorites like whitewater rafting, mountain biking, and kayaking. And Niseko also has a year-round draw—mineral-rich hot springs perfect for soaking away aches and pains from a day on the slopes. Sensoji, a Buddhist temple in Asakusa, is about as touristy as it gets in Tokyo. Head a few blocks in any direction, however, and the tourists soon give way to a part of the capital that has never strayed far from its pre-war status as the city’s premier entertainment district.

Most representative of that is the tiny Hanayashiki Amusement Park, home to retro rides that include the country’s first (and possibly most sedate) rollercoaster. Nearby is Rokku Broadway, where historic theaters like Engei Hall put on a bill packed with slapstick comedy and traditional comic storytelling. Not surprisingly, the area also teems with good watering holes—like Kamiya Bar, where the local tipple is a legendary concoction of brandy, gin, and curaçao aptly named Denki Bran (Electric Bran[dy]), first mixed here in the 1880s. The breathtaking peaks of Japan’s Northern Alps are considered the country’s premier hiking grounds. And for good reason—from the small town of Kamikochi, the gateway to the area, visitors have a choice of easy day hikes or week-long adventures that would challenge the fittest of hikers.

In the peak of summer, the most popular routes can crawl with weekend hikers, but come on a weekday or wait for autumn and visitors get to experience the Northern Alps’ jagged, nearly 10,000-foot peaks and virgin forests as nature intended—unspoiled by crowds. Dedicated to victims of the atomic bombing of August 6, 1945, the Peace Memorial Park and Museum are poignant and moving monuments to the horrors of nuclear weapons.

The disfigured frame of the park’s A-Bomb Dome, one of the few buildings in central Hiroshima to survive the blast, serves as a vivid reminder of the destruction that befell the city. Other parts of the park are equally evocative—none more so than the Children’s Peace Monument. Built in memory of one of the many children who died from leukemia as a result of the fallout, it’s always decorated with origami cranes of hope sent from children across Japan. Hokkaido is the second largest, northernmost and least developed of Japan’s four main islands. Its weather is harsh in winter with lots of snowfall, below zero temperatures and frozen seas, while in summer it does not get as hot and humid as in the other parts of the country.

It’s a long slog to get up to the Shiretoko Peninsula on the north-east of Hokkaido but it’s an effort that’s richly rewarded with some stunning scenery and unspoiled nature. There are many walking trails and you can take a boat trip where within a couple of hours (if you’re lucky) you’ll spot black bears and sperm whales.

If you are planning to travel to Japan you will need a specialized cell phone to keep in touch with family, friends, business colleagues back home, as well as local people and organisations. But don’t worry, here at Mobal we can supply you with a handset and package that suit your needs, for whatever your trip.

Wherever you plan to go Mobal can take care of your phone requirements. Trusted suppliers of Satellite Phones, World Phones and specialized Japanese handsets.

Customs and Traditions From Around the World »