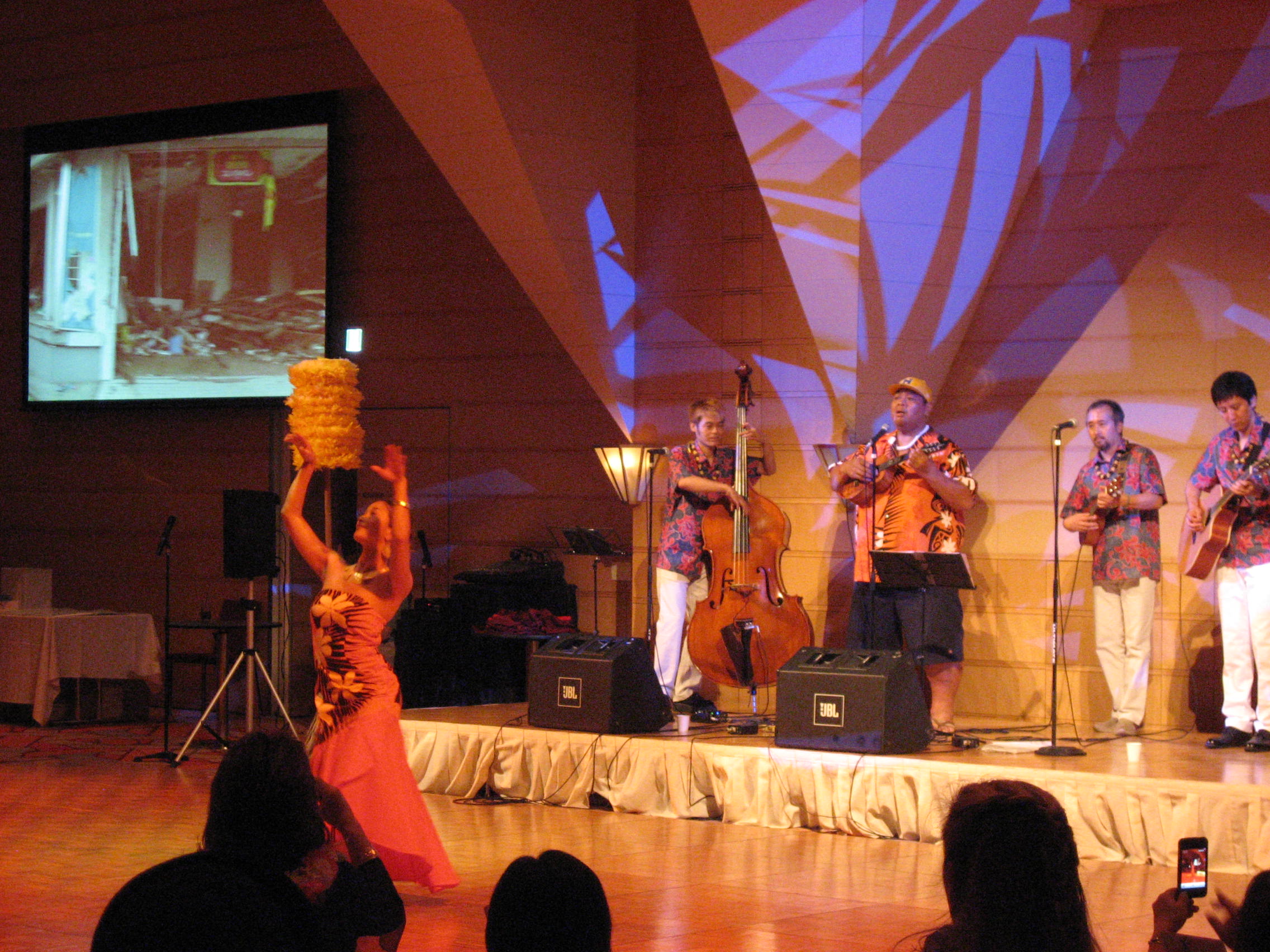 Mobell Communications Group, for which Mobal is part of, attended the Tokyo American Club ‘Welcome Home’ event in September and the special guest for the evening was Konishiki.

Hawaiian-born former sumo wrestler Konishiki, who led the hip-circling hula dancing as the sounds of the ukulele-plucking band filled the room, is a warm and friendly character whose efforts to raise money for the children of Tohoku was very much appreciated by everyone who attended. The event, and the money raised on the night, was in aid of Konishiki’s charity, the ‘Konishiki Kids Foundation’, to help the children in Tohoku. The foundation itself, founded in 1996, helps to broaden children’s horizons through cultural exchange trips to Japan.

Mobell Japan was also in attendance to give-away three IDEOS Android Phones, that can be used in over 190 countries worldwide, as part of a number of different prize draws on the night. We certainly attracted a lot of attention, with people keen to talk to us about what we could offer them as International Travellers, which was fantastic.

It was a pleasure for us to support this event and we wish Konishiki every success in the future, for both him and his foundation.