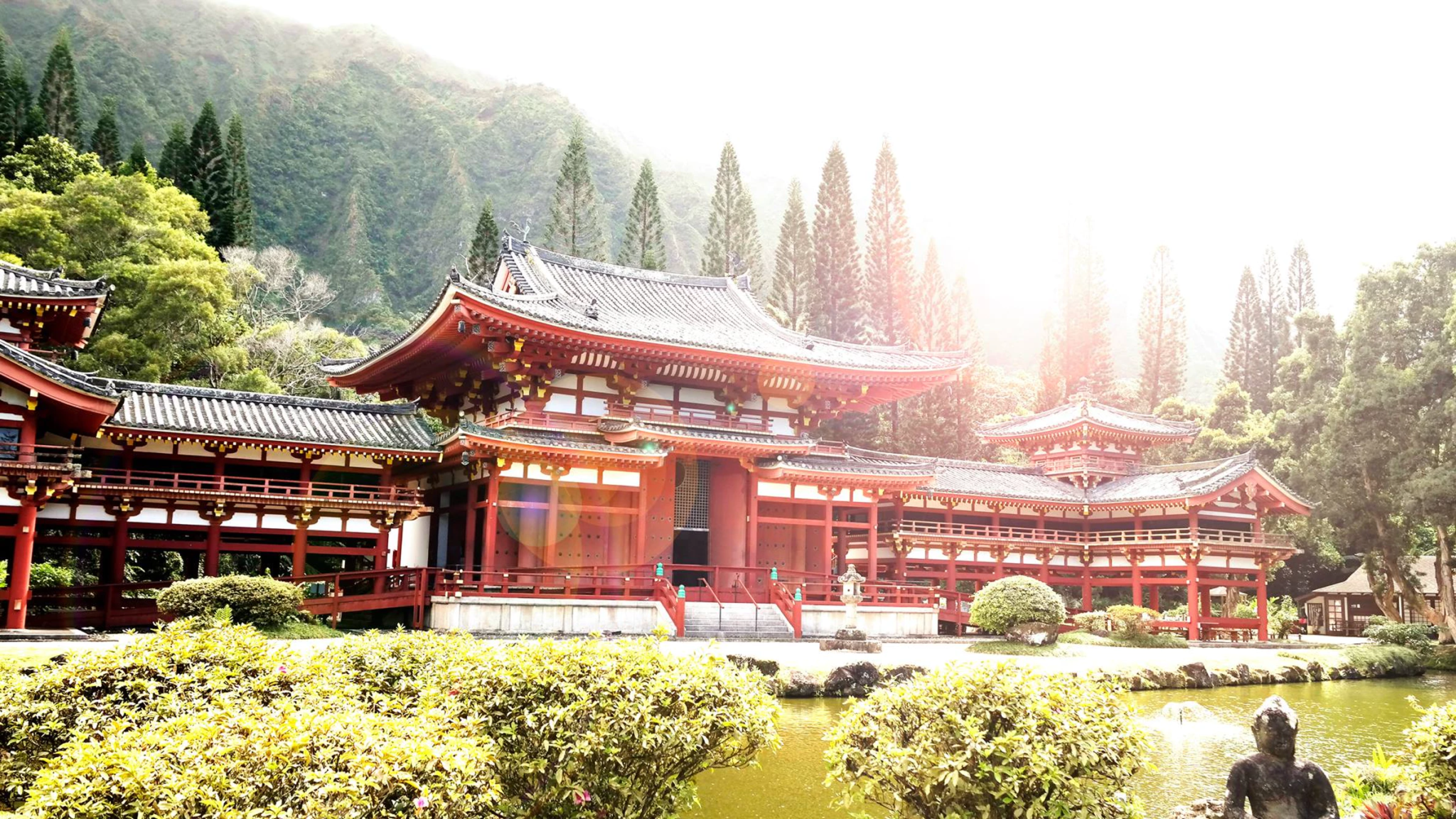 All You Need to Know About Visiting Japanese Buddhist Temples 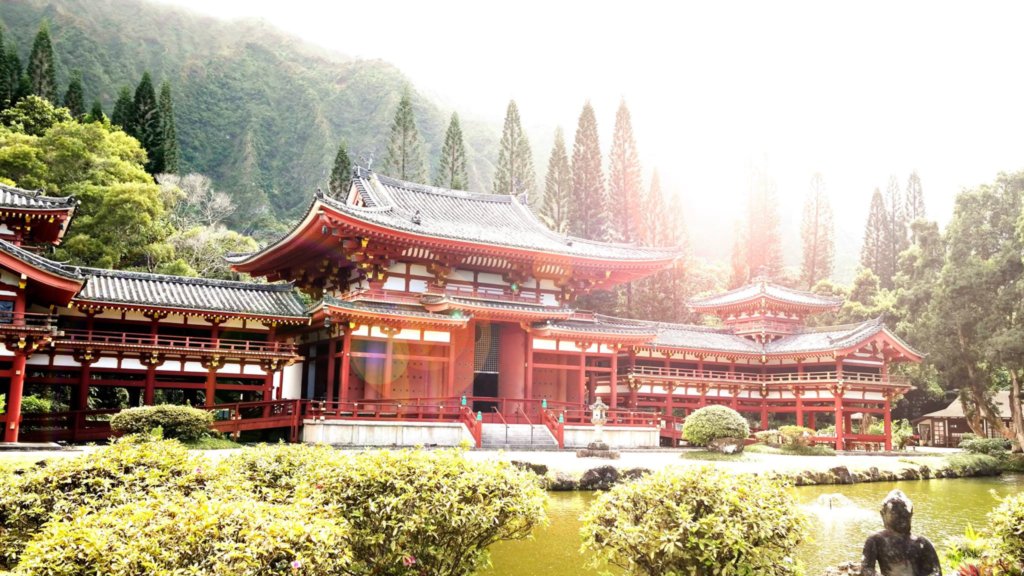 Bodhidharma (known as Daruma-Daishi in Japan) was a sage monk who lived sometime in the 5th to 6th centuries. He was quite the Renaissance Man; credited for introducing Zen Buddhism to China, Shaolin Kungfu, a type of meditation called Zazen, and green tea, he would’ve surely had an impressive profile on Linkedin.

Legend has it that upon arriving at a Shaolin temple, Daruma-Daishi was so overcome with emotion that he immediately dropped into deep meditation for ‒ and now here’s the kicker ‒ nine whole years!  After almost a decade of intense contemplation, it was on the sacred grounds of a temple that he was finally able to reach a zen state.

Now, I might not be a monk and I definitely don’t want to spend nine years in meditation (I can hardly spend nine minutes doing yoga), but there’s no denying that visiting a Japanese temple is a unique experience that, if conducted with the proper respect, can help you reach your own little glimpse of enlightenment.

Japan is often known as the Land of the Rising Sun, but it could just as easily be renamed, “The Land of Buddhist Temples.” Tōdai-ji, Kiyomizu-dera, Kinkaku-ji ‒ all of these crowd the tops of any list recounting the “Must-See” attractions of Japan, and incidentally they are also temples dedicated to the practice of Buddhism.

But to fully understand Japanese Buddhism, we must first flip back a few hundred pages to the beginning of the Buddhist story. The original chapter of the Buddhist faith is set sometime between the 4th and 6th centuries when it was initially founded in the South Asian country of India. The religion itself centers on the teachings of the Buddha, also known as Gautama Siddhartha, who is recognized by his followers as an enlightened and holy teacher. Essential to any believer is the search for transcendence ‒ overcoming the imperfect world and letting go of all earthly attachments.

In the decades following its initial creation, Buddhism became extremely popular and spread all across the Asian continent. It set down thick, deep roots in China and sprouted up in countries such as Sri Lanka, Tibet, and Korea before it finally crossed the Sea of Japan and settled down in the country of the Chrysanthemum Throne. 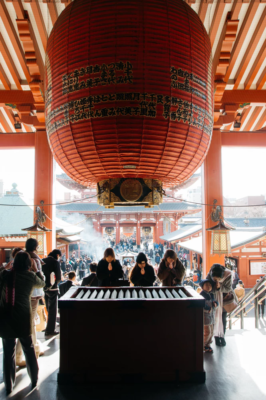 Buddhism was able to coexist successfully with the country’s already active native religion, Shintoism, without much contradiction. Over time, the two became closely knit. Even today, the average Japanese person participates in ritual practices related to both religions, according to the occasion, without feeling any conflict. For example, weddings are often Shinto ceremonies, whereas funerals are almost always Buddhist. This is made possible by the fact that Shintoism focuses primarily on the spiritual nature of this life, whereas Buddhism is largely concerned with matters of the soul and what is to be found in the afterlife.

How to Visit a Temple

If the correct procedure for visiting a Shinto shrine from our last article (which can be read here) had your head spinning in loops, then take heart! As a general rule, Buddhist temples do not have any one specific way for visiting that is as strict as their shrine counterpart. This means that they are much easier for us foreigners to navigate!

All the obvious rules of etiquette still apply, such as behaving calmly and respectfully, so make sure to follow these self-explanatory principles of behavior in order to avoid becoming a jama, the Japanese word for a nuisance or a hindrance​. Additionally, you can still comfortably apply all the things you learned from visiting a shrine ‒ bowing before entering under the gate, walking to the sides of the main pathway, and purifying yourself at the hand washing station. What differs, however, is the way in which you will pay your respects to the deity. Remember that at a shrine, you are worshiping the kami; at a temple, you are worshiping the Buddha.

The first big difference you will likely come across is that at some temples, visitors will burn incense (called osenko) in large incense burners. Shinto shrines don’t have these! At particularly popular temples, this incense station can produce quite a bit of smoke, so don’t be too alarmed by it. You might even catch sight of visitors fanning the incense fumes up and into their faces ‒ this is because the smoke is thought to possess magical healing powers. If you decide to purchase a bundle of incense yourself, keep in mind that lighting your own incense sticks off the already burning ones is a no-no, since it is viewed as being symbolic of taking on another’s sins.

Another big difference will present itself once you actually start praying to the Buddha statue. Begin by bowing slightly and by putting your hands together, but do not clap! Clapping is for Shinto shrines only! So, now that we’ve covered the proper way to visit both a Shinto Shrine and a Buddhist Temple, what’s stopping you from whipping out your passport and jumping on a plane to go check them both out for yourself? Well, one of the reasons might be this burning question: how will you be able to tell which of the two you are at?

As one Youtuber put it, “At first glance, they can seem pretty similar. At second glance…they can still seem pretty similar.” And it’s true ‒ because Shintoism and Buddhism have become so intertwined throughout the years, their places of worship can appear identical to the untrained eye. And while the two religions have much in common, some differences do exist. They are as follows:

So, while you are out touring the many interesting sites of Japan as found on your busy itinerary, make sure to carve out some time to really look at where you are. Put on your Sherlock Holmes cap and search for the clues. Does the place you’re visiting have tiles on the roof? Then you’re most likely at a Buddhist temple. Are there red torii gates at the entrance? If so, chances are that you’re walking through a Shinto shrine. As the famous saying goes, knowledge is power and who doesn’t want a little bit more of that in their lives?

« All You Need to Know About Visiting Japanese Shinto Shrines