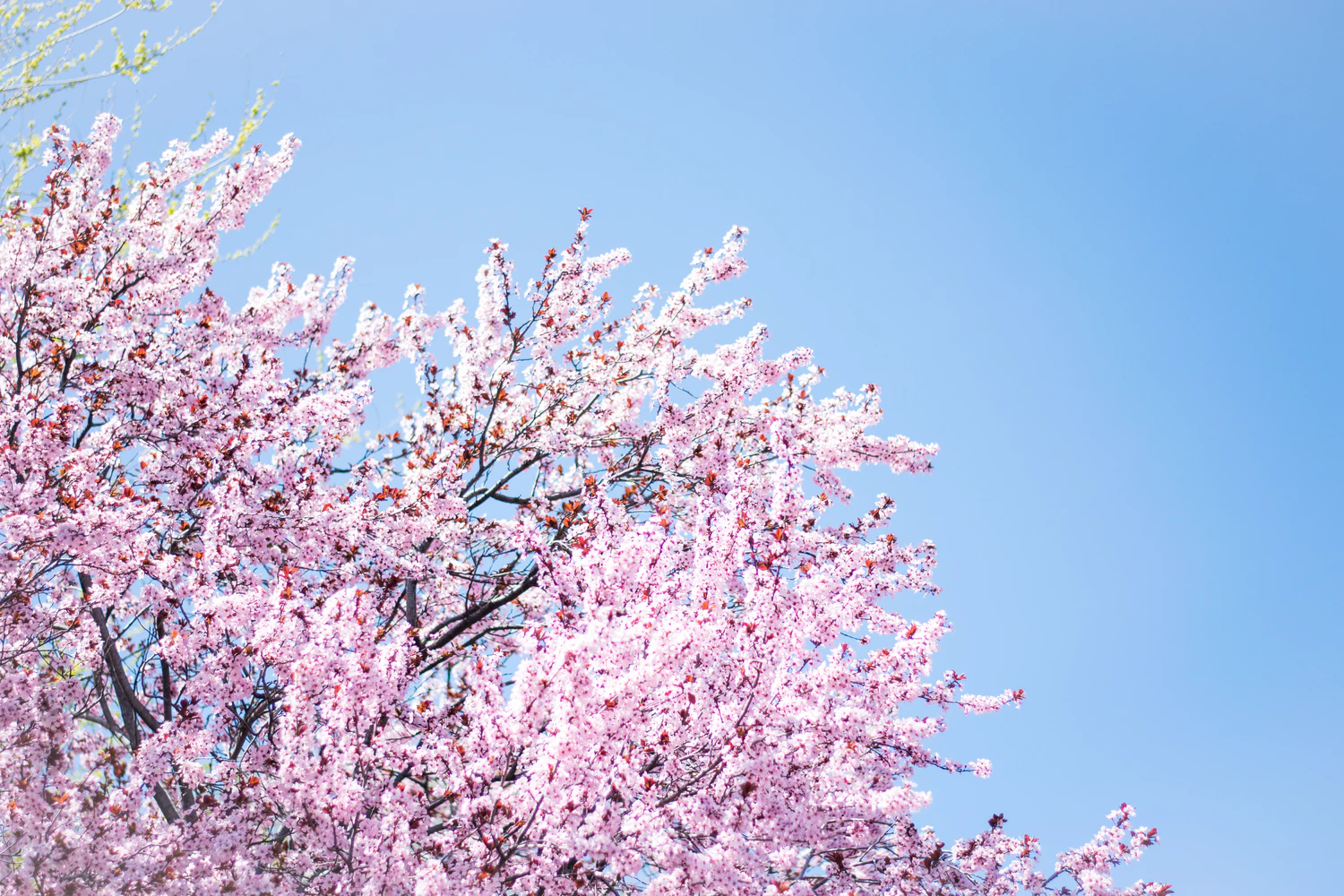 As winter lumbers away like a grumpy bear to its cave, and spring unfurls its fledgling wings, the entire country of Japan becomes obsessed with one thing, and one thing only ‒ cherry blossoms (or sakura as they are called in Japanese). Locals picnic beneath them, go to festivals celebrating them, and drink Starbucks lattes named after them. Songs are even sung about them, one of the most prominent being the old folk tune, “Sakura Sakura.” This melody, which is so popular that it functions as a second national anthem, demonstrates just how beloved the little pink flowers are to this island nation. The second verse goes something like this:

The History of Hanami

“Come now, come now. Let’s go and see them,” this old song bids: a universal invitation for all to gather around the cotton-candy blooms and revel in their exquisiteness. Everyone from the most assiduous, no-nonsense businessman to the cellcoholic teenager finds themselves slowing down and looking up at the beauty that is to be found in the boughs of the flowering cherry trees. Old and young, Japanese and foreigner ‒ no one is immune to the hypnotic call of the ephemeral sakura.

This desire to enjoy the cherry blossoms’ loveliness is nothing new. Dating back many centuries, the Japanese custom of going and seeing these precious flowers has a rich and fragrant history. Hanami, as this flower viewing tradition is called, was originally only conducted by members of the Imperial Court and other such high ranking officials. Beneath the rosy clouds of the sakura trees, these aristocrats would hold effervescent feasts that bubbled with sake and overflowed with poetry. 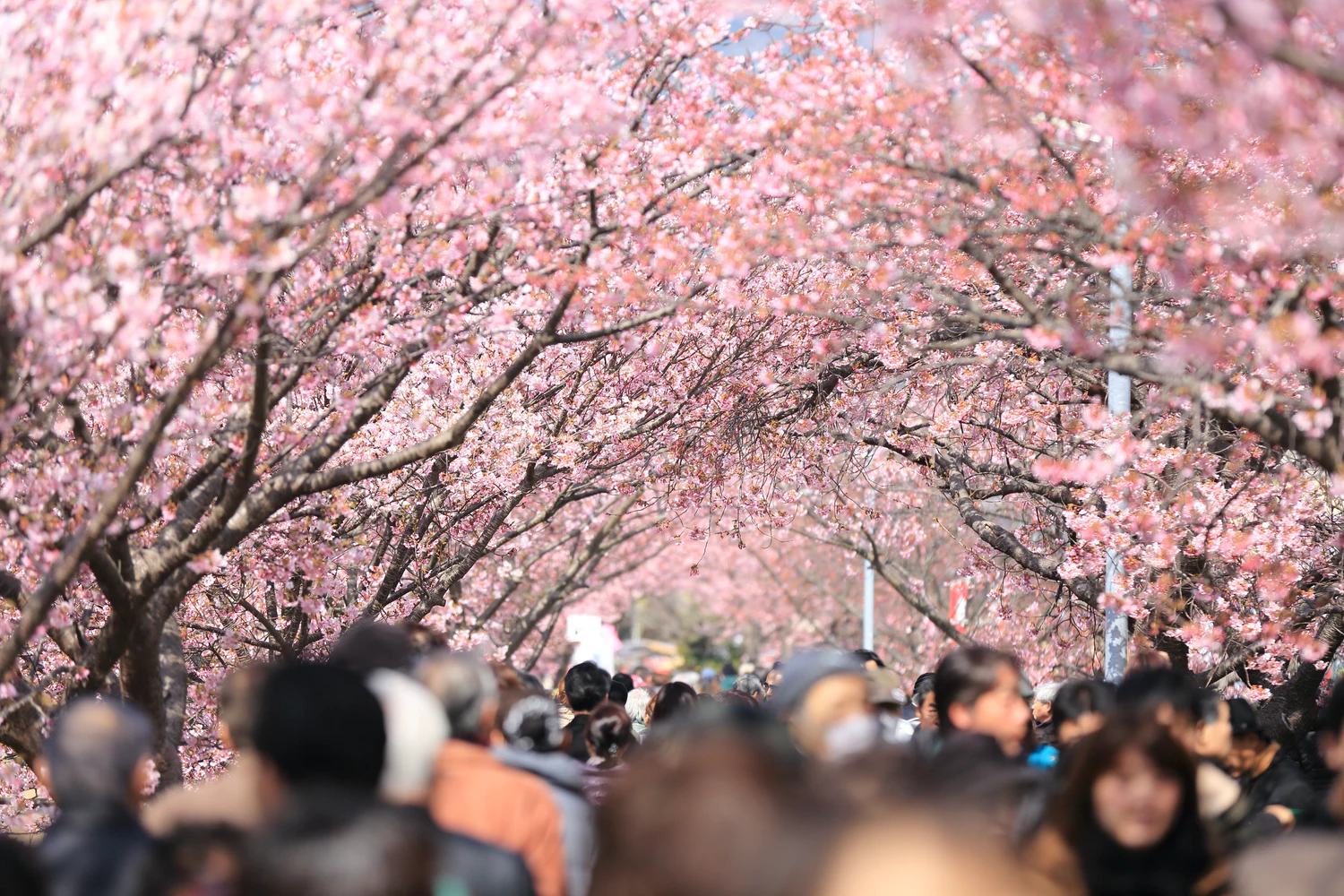 Nowadays though, you don’t have to be royalty or a particularly skillful poet to enjoy the fun of hanami. Simply pack a lunch and head out to your nearest sakura grove and you can take part in the festivities too. The modern version of a hanami can consist of a simple stroll through a blossom-speckled park, a delicious picnic of your favorite food, or a full-blown outdoor party beneath the blooms.

Typical hanami sites include government-sanctioned parks, the grounds of historic castles, and public gardens. Starting from the end of March to the beginning of May, buzzing crowds of people picnic happily at these locations, or anywhere else a cluster of sakura is to be found. And although the tradition of hanami is centered on enjoying the beauty of nature, don’t be surprised if the quiet calm of the forest is replaced with the loud chatter of boisterous hanami-goers. Hanami is such an iconic event that the most famous cherry blossom places tend to be swarming with sightseers and picnickers from dawn till dusk.

At especially popular venues, all the best hanami spots get claimed as quickly as lightning, leaving the unprepared to pick over the less desirable areas. To avoid this, many have begun to reserve their desired picnicking locale long before the start of their party. By placing a blue picnic tarp out on the ground early in the morning, or even the night before, you can stake your claim and bypass the stress of trying to vie with others for the most optimal sakura viewing spots. It is not uncommon for groups to resort to stationing some poor soul (who probably lost a bet or a round of Rock-Paper-Scissors) to sit around for hours, until everyone else in the group arrives.

This proverb, though originally not about Japan or sakura at all, teaches that you should follow the conventions of the area in which you are a visitor. And this is exactly what you should do in regards to hanami. Even if you regularly go on picnics or have family barbecues at home, remember that Japan has its own set of manners and rules, some of which are outlined below:

● Follow the rules of the park. Depending on your location, there might be evening curfews, a restriction on alcohol, or other such guidelines specific to the area.
● The sakura trees are treasured by the Japanese. As such, you should not mistreat them by pulling on their branches, plucking off some of the blossoms, or by climbing up them.
● Keep the park area where you are picnicking clean. Pick up your garbage and leave everything as neat and tidy as it was when you arrived. Please note that most parks do not have trash cans, so it would be smart to bring bags to place your trash in and carry it home with you.

Now that you know how to hanami, you might well be asking yourself where should you hanami? Where is the best place for you to drink in some of that sakura magic, and maybe a bit of that world-famous Japanese sake too? Although some locals swear by the city park just down the street and go there without fail every year, and others travel for hours to picnic at some of the more famous sakura destinations, there is no one right answer to that question. To help you sift through your many hanami options, here is a brief list highlighting some of the more famous choices:

Can you think of anything more quintessentially Japanese than Mount Fuji? How about picnicking in the shadow of Mount Fuji underneath a blanket of cherry blossoms? Just the idea of it calls to mind old woodblock prints or verses from traditional Japanese haiku poetry. Yes, if you really want to experience the culture of the Land of the Rising Sun, this would be the perfect option for you! There are many locations where you can view both sakura and Mount Fuji, but the two most famous are Hakone and the Fuji Five Lakes region.

Originally a family residence of the prestigious Naitō Clan in the historic Edo Period, this expansive lawn area is now open to the public. This massive garden features over a thousand cherry blossom trees of more than a dozen varieties and is conveniently positioned in the heart of Tokyo, marking it as an ideal spot for the time-bound tourist. Please note that alcoholic drinks are prohibited here.

Located in Nara Prefecture, Mount Yoshino is easily the most famous sakura viewing spot in all of Japan. With an astounding 30,000 cherry trees to its name, this mountain is flooded in a rippling sea of flowers as soon as spring awakens. Four large cherry groves are planted at different altitudes so that visitors can continuously admire the blooms as they ascend the summit. Truly, this is the place to go if you are looking for a memorable cherry blossom trip.