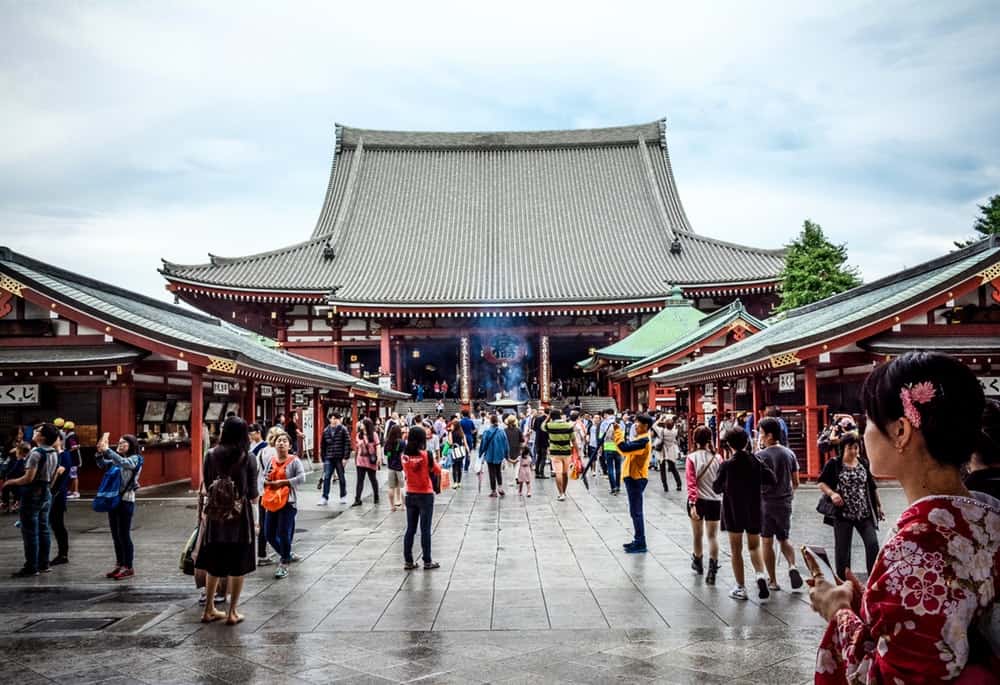 Japan observes 16 national public holidays every year. On these days, expect some spots and attractions to be closed, public transportation to be extremely busy, or flights and accommodations to be more expensive.

Established as a national holiday in 1948, New Year’s Day signifies the start of Japan’s New Year season. During the first week of the New Year, various traditional celebrations are observed, such as hatsumode (first visit to a temple or shrine for the New Year) and the Emperor’s New Year Greeting (held on January 2nd). In addition, many tourist attractions, businesses, and workplaces across the country are closed until January 4th.

Every year, young men and women who celebrated or will celebrate their 20th birthday some time between April 2nd of the previous year and April 1st of the present year are invited to a Coming of Age ceremony organized by their prefectural or city governments recognizing them as adults.

The National Foundation Day is an annual holiday that commemorates the founding of Japan on February 11th, 660 BC, which, according to an old legend, was when Japan’s first emperor, Emperor Jinmu, ascended into throne.

Observed yearly on March 20th or 21st, the Vernal Equinox Day is a public holiday that signals the end of the winter season and the start of the spring season. On this day, the Japanese typically hold family reunions, or remember deceased family members by visiting their graves.

The first holiday of the Golden Week, Showa Day is a celebration of the birthday of Emperor Hirohito, the 124th Japanese emperor who ruled from 1926 to 1989. It is also a day of reflection on the nation’s recovery from the instability and turmoil during the Showa Period.

To honour the day when the Constitution of Japan was promulgated back in 1947, the country celebrates the Constitution Memorial Day on May 3rd of each year. It is the second holiday of the Golden Week.

A day dedicated to getting close to nature and being grateful for life’s blessings, Greenery Day is the third holiday of Golden Week, sandwiched between Constitution Memorial Day and Children’s Day. On this day, several nature-related attractions in Tokyo, such as the Ueno Zoo and the Tama Zoo, allow people to enter free of charge.

The final holiday of the Golden Week, Children’s Day is a celebration of children and their happiness, health, and well-being. First declared as a national holiday in 1948, it is observed by Japanese families by decorating their homes with flags and streamers shaped like carps, putting samurai dolls on display, and preparing mochi.

Japan observes Marine Day every 3rd Monday of July to show appreciation for the blessings coming from the ocean, and remember the key role that the ocean plays in the progress of Japan as an archipelagic nation. On this day, it is common for people to take a trip to the beach and enjoy various summer outdoor activities.

Mountain Day is a public holiday introduced in 2016. As a country that is 70% mountainous, Japan observes this day by showing gratitude for all the good things that the mountains have contributed to the shaping of the nation’s culture throughout history.

Name of holiday: Respect for the Aged Day

Since 1966, Japan has observed the Respect for the Aged Day every 3rd Monday of September to pay tribute to the nation’s elderly. On this day, communities usually organize parties and give gifts to their elder citizens to recognize their contributions to the nation throughout their long lives. Moreover, family members use this day to visit their elderly relatives, or send them flowers or cards.

The Autumnal Equinox Day marks the start of that time of the year when days become shorter than nights, as the sun crosses the celestial equator, going southward. It marks the end of the summer season and the start of autumn. Every 2nd Monday of October, Japan observes Health and Sports Day, a public holiday dedicated to promoting sports and active habits for a healthy and sound mind and body. It also serves as a remembrance of the opening day of the Summer Olympics held in Tokyo back in 1964. On this day, workplaces and schools nationwide hold sports days or festivals for their employees and students to help improve their physical and mental health.

To foster the arts and culture, Japan holds Culture Day on the 3rd of November every year. Parades, art events and exhibitions, awards ceremonies, and other festivities are organized by prefectural governments, local offices, and schools to celebrate notable and outstanding individuals who have made significant contributions to the arts, culture, and academics.

On Labour Thanksgiving Day, many events are held across Japan to honor workers and labourers, and remember their rights. One example is the Nagano Labour Festival, which aims to remind citizens of the importance of peace, environment, and human rights.

The birthday of Japan’s reigning emperor, Emperor Akihito, who was born on December 23, 1933, is a national holiday in Japan. The Imperial Palace holds a ceremony open to the public where the Emperor, the Empress, and some members of the Imperial family stand on the palace balcony to greet and thank the well-wishers.

Krizevac: The Charity That Aspires to Transform the Less Fortunate »