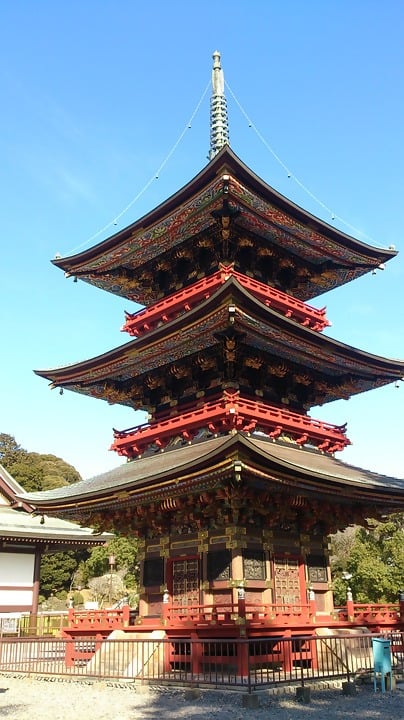 Layover at Narita Airport? Here’s 4 Things To Do

Do you have a layover at Narita Airport and are wondering how to make the most out of your limited time there?

About 60 kilometers away from central Tokyo, Narita Airport is one of Japan’s biggest airports. Everyday, it operates many domestic and international flights, making it one of the busiest in the world too.

During your layover, rather than just sit and wait inside the airport or explore the shops, restaurants, and cafes in the three terminal buildings for the hours to pass, why not go out and explore some nearby attractions?

Below are highly recommended tourist attractions to see near Narita Airport:

Founded in the 10th century, the Naritasan Shinshoji Temple is a Shingon Buddhist temple situated in the heart of Narita. It occupies a spacious complex made up of several buildings that have been recognized as National Important Cultural Properties, such as the Komyo-do, which is a 400-year-old structure dedicated to Shingon Buddhism’s Dainichi Nyorai Buddha; the 25-meter-high three-storied pagoda constructed in 1712; the Shaka-do, a large hall built in 1858; and the Niomon main gate, which was completed in 1830.

In 1938, to celebrate the temple’s 1000th anniversary, the Kaizan-do or the Open Mountain Hall shrine was built. The grounds also include the 16.5-hectare Narita-san Park, which was first opened in 1928.

Every year, Narita-san hosts a number of annual events that attract large crowds of locals and foreign tourists, such as:

At Narita Airport Terminal 1 Station, catch the JR Narita Line train or Keisei Line train to Narita Station. The one-way journey only takes about 10 to 15 minutes, and 240 to 260 yen. From Narita Station, Narita-san is about 15 to 20 minutes away on foot.

After exploring the temple, you can do a bit of shopping at Omotesando, which is an 800-meter long street lined with small shops and stalls that sell a wide variety of Japanese goods, products, and snacks. You can easily kill two to three hours there feasting on different kinds of Japanese treats, such as dango, which are ping-pong-size dough balls on a skewer; ningyo yaki, which is a type of cake with sweet red bean paste filling; manju, which is a batter stuffed with azuki bean, custard, sweet potato, green tea, and other kinds of filling; nikuman, which are steamed buns stuffed with meat and other fillings; and menchi katsu, which is like a croquette, deep fried and breaded, with pork, Kobe beef, potato, or other fillings inside.

Built three centuries ago, the road plays an important role in history, as it has welcomed throngs and throngs of pilgrims for many years, leading them to the entrance of the temple.

At Narita Airport Terminal 1 Station, catch the JR Narita Line train or Keisei Line train to Narita Station. The one-way journey only takes about 10 to 15 minutes, and costs 240 to 260 yen. From Narita Station, Narita-san Omotesando is about 15 to 20 minutes away on foot, right in front of Naritasan Shinshoji Temple.

Located northeast of Narita, Sawara is a small and lovely historic town known for its canal. Nicknamed “Little Edo,” it gained popularity during the Edo Period because of its role as an integral transport center for rice shipments to the Japanese capital.

Today, many of Sawara’s Edo houses and buildings remain well-preserved and have been restored. One popular activity to do there is walking along the canal and crossing its many bridges, which is like going back to the past. A lot of visitors also partake in flat bottomed boat tours of the canal to explore the beauty of this quaint historical district.

The town also has a museum called Tadataka Museum, which houses the works of Ino Tadataka, a surveyor during the Edo Period who created maps of the Japanese islands with high accuracy for the then-ruling Tokugawa Shogunate.

At Narita Airport Terminal 1 Station, catch the JR Narita Line train or Keisei Line train to Narita Station. The one-way journey only takes about 10 to 15 minutes, and 240 to 260 yen. Then, at Narita Station, transfer to the JR Narita Line for Choshi, and get off at Sawara Station. This leg costs 500 yen and takes about 40 minutes. The town center is 10 to 15 minutes away on foot.

If you are an aviation fan, a quick visit to the Museum of Aeronautical Sciences is a must. The museum is home to full scale replicas of various historic and modern planes, and you can even experience what it is like to be a plane pilot by trying the replica cockpits and life-sized simulators.

Furthermore, on the museum’s third floor, you can get a pretty good view of Narita Airport’s runway and see planes as they take off and land. And, on the fifth floor, you can explore a unique kind of observatory room that is designed after a real flight control tower.

Open from 10:00 am to 05:00 pm, entrance fee to the museum costs 500 yen. You can find more information on the Museum of Aeronautical Sciences official pamphlet.

At Narita Airport Terminal 1’s bus stop #30 or Terminal 2’s bus stop #5, you can catch the Airport Museum Shuttle buses that offer direct connections to the museum. Everyday, there are 5 departures and a one-way ticket costs 210 yen.

Alternatively, at Terminal 1’s bus stop #30 or Terminal 2’s bus stop #28-C, you can catch the JR Buses for Narita Station, and get off at the Museum of Aeronautical Sciences bus stop. The one-way trip takes about 15 to 20 minutes, and costs 210 yen.

« Must-Know Tips for Travelers to the 2020 Tokyo Olympics

Layover at Haneda Airport? Here’s 5 Things To Do »