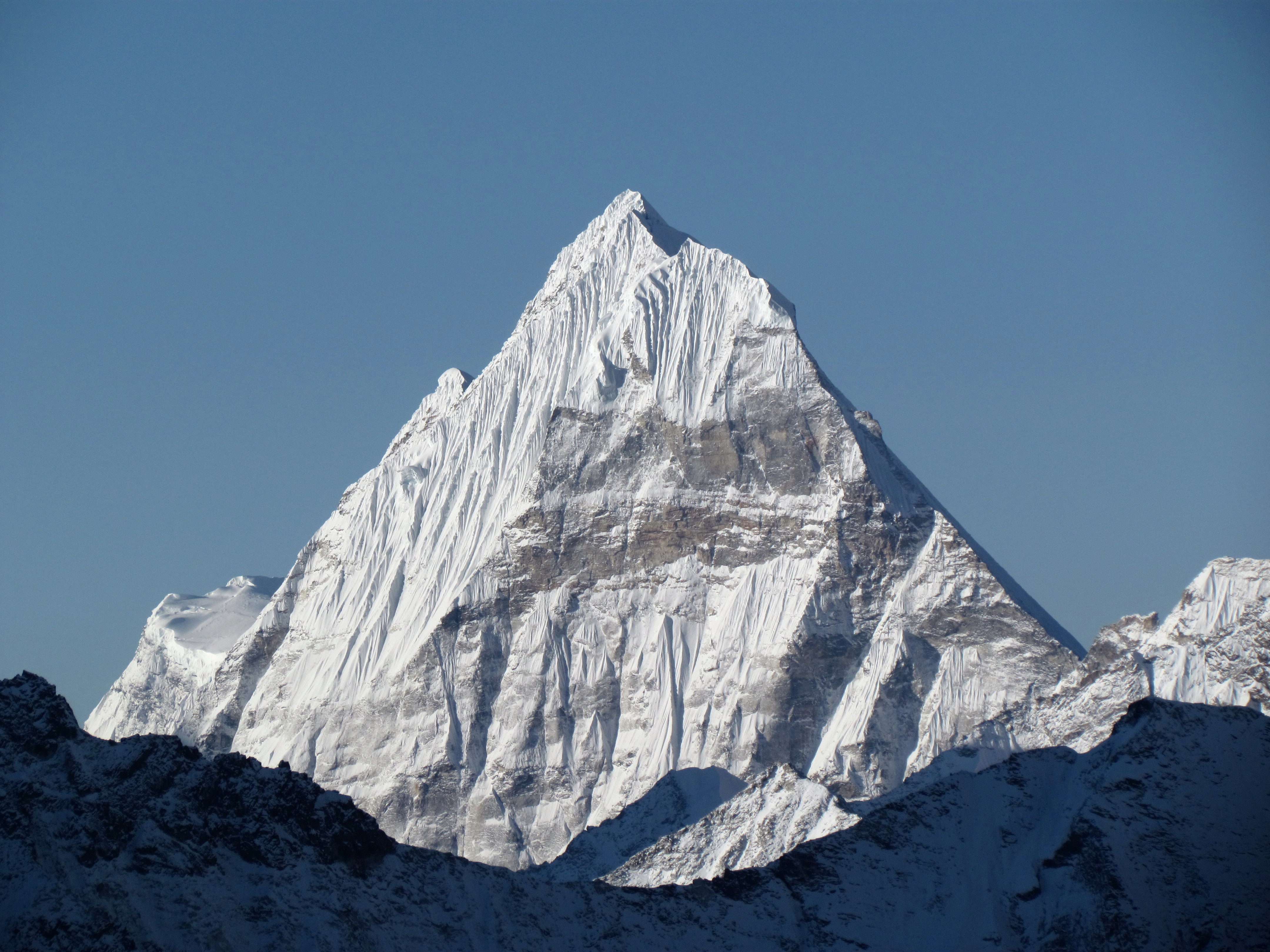 This autumn, Rob Greenwood and myself are headed to the Nepalese Himalaya to attempt an unclimbed North Face.

The mountain we have chosen to attempt this climbing expedition is called ‘Peak 41’ and is otherwise known as The True Mera Peak. In these huge and remote areas of the Himalaya there has been some mapping confusion in the past, which has led to the misnaming of some peaks, including the popular trekking peak ‘Mera Peak’ – which is why Peak 41 has no real name.

Misnamed, forgotten, overlooked. Peak 41 is a beautiful mountain, perfectly triangular when viewed on its north side, and has only been climbed once before by its relatively easy southern side.

Our climbing expedition aims to make the first ascent of the aesthetic, but technical north face, via a beautiful ice and snow line, and a huge summit ridge.

The area to which we are travelling is remote, and involves several days of cross country travel, and a 6 day hike from civilisation to reach basecamp. The face itself is likely another day from there, and we are expecting the climbing expedition to take several days up and down. Adventure, team work, and natural beauty are what this trip is about for us. We’d like to explore the mountain, and the country of Nepal, push ourselves physically and mentally, and most importantly, we’d like to come back in one piece, after the adventure of a lifetime.

There’s a lot involved in a climbing expedition like this. The logistics of getting the right equipment, the right people, the right mountain and the right weather, all at the same time mean that other forms of climbing seem simple in comparison.

As part of Rob and Jacks climbing expedition, we’re giving them use of one of our Satellite Phones on this challenging North Face climb. We’ll keep you updated all the way.

Foods Of The World – What’s Your Choice? »