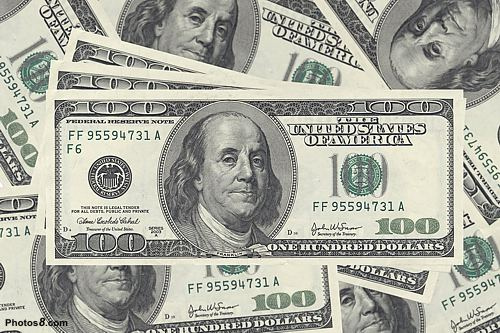 The 8 worst things about travel

As voted for by Mobal Members. It’s enough to make you want to stay at home…

“Where to begin? Probably the small seats with your body contorted.”

“It’s not the lines at check-in or security. I think it’s just the hours of sitting on a plane. I often wonder when the Star Trek Transporter will become a reality.”

“Without a doubt, the long, uncomfortable flights. We live on the west coast and enjoy traveling to Europe. Even with the best connections, getting there and back is almost unbearable. Every one of our trips begins with the discussion about whether we really want to go there – because of the pain and discomfort of the flights to and from.”

“Going anywhere in the U.S. on dirty, cramped, U.S. planes that nickel and dime you for everything.”

“Having to sit like a sardine in a plane and be treated like an annoyance by the flight attendants (in most cases).”

“Those dam boxes under middle seats on long hauls. You think, oh I’ll be able to keep my feet elevated, that’s good for me. Wrong. The box is too big. You and up “sharing” the minimum space next to you!”

“Having just returned from a trip to Portugal and an almost trip to England (we were delayed an extra 8 days in Portugal due to the volcanic ash, could not get to the England portion of our trip and had to wait our turn to get home to USA)the travel headaches are many. The most glaring are the inconsistencies in the security process from airport to airport and the rudeness of service people in airports–government and private. The nicest service people seem to be in-flight airline personnel. Air travel is very hard work and takes mega patience and flexibility.”

“Security lines at airports. I am a frequent business traveller. The security lines are so unpredictable it is hard to plan how much in advance you need to arrive at the airport. Then it’s the taking off shoes, getting out the liquids bag, taking out the laptop, taking off the coat…then doing it in reverse. All while some minimum wage person is yelling at you while the line snakes forward.”

“We just returned from a trip to Italy. My daughter was “elected” to go through 3 different types of security screening.”

“Without a doubt – the whole flying experience. Everything from trying to find the best rates, dealing with additional charges, the line at check-in, security, waiting at the gate and being herded aboard, being scrunched in the seat for hours on end and the inevitable delays. I hate it. I wish I could take a pill and wake up wherever I’m going..or beam me there, Scotty.”

“Air travel. No question! It is the most tiresome and unrewarding part of travel.”

“Travling is the worst thing about traveling!”

The increased costs of baggage and significant reduction in customer service and the long waits for security, etc. make travling uninviting!

“Without a doubt the airlines make travel a nightmare”

“Keep in mind that the word travel is derived from the word travail. Nevertheless, I was a road warrior before the phrase was coined and I can tell you the worst part of the travel experience today is every aspect of the air travel, which has, in the nearly 60 years of my air travel, gone from a pleasure to a suffering. I’d rather ride a public bus almost anywhere in the world, and have, rather than traveling via today’s flying cattle cars and contending with the crowds, baggage, security and all other kinds of hassle. I try to use mileage and other perks from my frequent flyer status to upgrade to roomier seating and make use of private clubs, choose the best route to result in the shortest possible time in transit getting to my destination and travel as lightly as possible. And for Mary, in one of the preceeding comments, I would add that she should just lean back in her own seat and get as comfortable as possible. Airline seats are the worst design for the human body one could imagine and the slightest bit of relief from leaning them (even the few available inches) backwards is necessary and justified to get some relief. My wish for the specifiers and designers of the seats is that they should spend the hereafter riding around in one for eternity.”

“I have to agree, air travel does suck from time to time. That’s when you need something extremely entertaining to keep boredom away. Or sleeping pills :-p”

“By far it is luggage – carrying, screening, toting, minding – the whole thing. Packing light helps, but it’s still the worst aspect of domestic and international travel for me.”

“While returning from a medical mission in Guatemala this past weekend, I was held captive by a TSA woman in Houston who repeatedly x-rayed my carry-on contents together and separately, commenting that I had “too much stuff” in my bag!I am convinced that she deliberately caused me to miss my flight to Detroit so that I had to stay overnight in Houston.”

“Returning from a short term mission in South Africa. The airlines actually lied to us (big duh?). Said we were 3000 pounds over weight. By the time they “resolved” this issue, we taxied out (late), #2 in line for take off…the pilot announces the flight is canceled…due to too many crew hours.

Next day, we again are 3000 pounds overweight and late. Guess what? When we landed in the US…no luggage, they took our luggage off AND we missed our connecting flights. Pilot again lied that no luggage would be taken off. What is with this? They don’t fly enough? Lying, just lying gets me!”

“The whole airline experience from start to finish has become unbearable. The baggage issues have me thinking twice and three times about traveling.”

“Getting to and from airports, train stations, etc. Best cure for that is to stay in one place for a longer time.”

why is that when the plane arrives at the gate…everyone stands up as if they can get off before the door is open…??”

“The inconsiderate idiot sitting in front of me who insists on reclining his/her seat, thus parking their big ole head in my lap, and simultaneously preventing me from lowering my tray, viewing the movie screen, or getting anything out of my bag on the floor. I think I feel a nasty coughing fit coming on!!”

7. The price of flying “The price of airline tickets. I think most everything else can be dealt with, ticket prices are rising and it doesn’t look like things will change for the better any time soon.”

8. The check in process

“What I dislike most is the airport departure hassle. Long flights are not fun, but the frenzied, crowded atmosphere that so often surrounds airport checkin and security lines is worse. I try to start in plenty of time to turn in the rental car (especially early if I’m not familiar with the airport), check bags (only if absolutely necessary), and go through security unconcerned that anything in my carry-on is verboten and knowing I won’t have to sprint from there to the gate. Leisurely airport procedures are a thing of the past, and there’s no getting around it. Airports have become the bus stations of the 21st Century, with necessary security procedures on top of it all. I find that large doses of advance planning and patience are the best antidotes for departure stress.”

Agree or disagree? Got another suggestion? Leave it as comment below…

Guided tours or finding your own way: Which is best? »

15 thoughts on “The 8 worst things about travel”